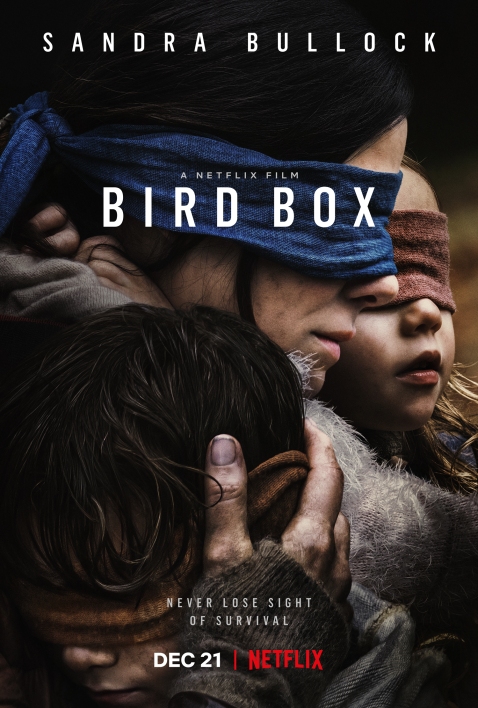 The film will be released globally on Netflix on December 21 and will have an expanded theatrical release in additional theaters in the U.S., and throughout Europe.

SYNOPSIS: When a mysterious force decimates the world’s population, only one thing is certain: if you see it, you take your life.  Facing the unknown, Malorie finds love, hope and a new beginning only for it to unravel. Now she must flee with her two children down a treacherous river to the one place left that may offer sanctuary. But to survive, they’ll have to undertake the perilous two-day journey blindfolded. Academy Award® winner Sandra Bullock leads an all-star cast that includes Trevante Rhodes, with Sarah Paulson, and John Malkovich in BIRD BOX, a compelling new thriller from Academy Award® winner Susanne Bier.

SYNOPSIS: When a mysterious force decimates the world’s population, only one thing is certain: if you see it, you take your life.  Facing the unknown, Malorie finds love, hope and a new beginning only for it to unravel. Now she must flee with her two children down a treacherous river to the one place left that may offer sanctuary. But to survive, they’ll have to undertake the perilous two-day journey blindfolded.

Available on Netflix and in select theatres on December 21! 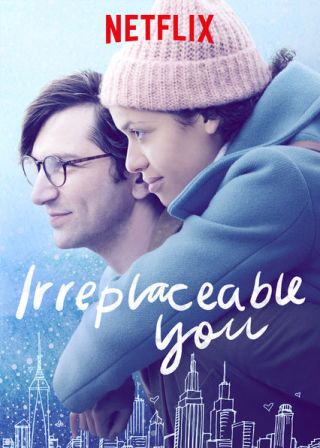 I admit that I can be a bit emotional at times during shows like This Is Us and movies like Love, Simon. None, however, have made me ugly cry quite like this one.

SYNOPSIS: Recently engaged couple Abbie (Gugu Mbatha-Raw) and Sam (Michiel Huisman) find their dreams for the future shattered when she receives a terminal-cancer diagnosis. Abbie copes with the news by attending a support group, and by trying to plan the details of Sam’s life after she’s gone — which includes finding him a new partner.

IRREPLACEABLE YOU is a bit predictable in the sense that the main characters, Abbie and Sam, discover her diagnosis so early in the film, but the way it’s handled is heartbreaking and lovely all at the same time. I also feel like it was a bit sugar-coated because we never saw Abbie get extremely sick the way that we know cancer can play out — but I’m kind of thankful for that. We know what’s happening, we don’t necessarily have to witness every detail. In that respect, I also think it’s very telling that you’re able to be so emotionally invested in this couple despite not seeing the very worst of this horrible disease. It says a lot about the actors in each scene.

The performances by Gugu Mbatha-Raw and Michiel Huisman were very sweet and raw. You really felt the love they had for each other, which made the outcome even more beautiful and heartbreaking. With that being said, even though the ending is predictable, watching it play out in such a way had me hooked. It was also fun to see Christopher Walken play a friend to Abbie throughout the film and, ultimately, being the person who made her look at her life differently.

My only complaint is that we didn’t get enough scenes with Kate McKinnon in them! Aside from that, this was a great little movie. One of the moments that really got me was when Abbie tells Sam that she thought planning his future would hurt less than her accepting that she won’t be around to see it. UGHHHHHHH. If you like the odd concoction of sad, romantic and funny movies, I definitely recommend this one.

Side note: I absolutely loved Sam’s dimples in the movie, and I was absolutely SHOOK to discover that he played Daario Naharis on Game of Thrones! Yes, the one that hooked up with Khaleesi and got dumped! Funny what a pair of glasses and a shave could do!

Regency Enterprises and 20th Century Fox have released a new trailer for WIDOWS, a modern-day thriller set against the backdrop of crime, passion and corruption from Academy Award-winning director Steve McQueen and co-writer and bestselling author of Gone Girl, Gillian Flynn. 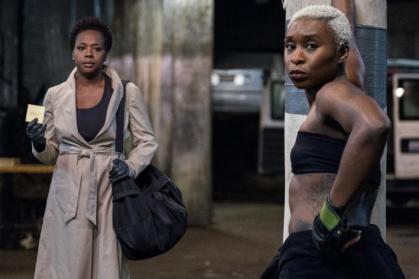 SYNOPSIS: From Academy Award®-winning director Steve McQueen (“12 Years a Slave”) and co-writer and bestselling author Gillian Flynn (“Gone Girl”) comes a blistering, modern-day thriller set against the backdrop of crime, passion and corruption. “Widows” is the story of four women with nothing in common except a debt left behind by their dead husbands’ criminal activities. Set in contemporary Chicago, amid a time of turmoil, tensions build when Veronica (Oscar® winner Viola Davis), Alice (Elizabeth Debicki), Linda (Michelle Rodriguez) and Belle (Cynthia Erivo) take their fate into their own hands and conspire to forge a future on their own terms.