Ladies and gentlemen, I finally got to see The Greatest Showman last night!

There’s a new movie theater that I’ve been wanting to check out and this seemed like the perfect opportunity. After work, we headed down there, grabbed a flatbread pizza and lounged in our extra comfy recliner seats. This may not come as a surprise, but I am a sucker for musicals and I’ve been so excited to watch this one–especially because one of my favorite dancers, Shannon Holtzapffel aka The Tattooed Man aka Prince Constantine is in it. But, you know, life happens and I ended up seeing it super late.

SYNOPSIS: “The Greatest Showman” is a bold and original musical that celebrates the birth of show business and the sense of wonder we feel when dreams come to life. Inspired by the ambition and imagination of P.T. Barnum, The Greatest Showman tells the story of a visionary who rose from nothing to create a mesmerizing spectacle that became a worldwide sensation.

In any case, I really enjoyed it! The soundtrack was absolutely phenomenal and now I’m extra salty that I wasn’t able to be a part of the sing-along viewings they had recently. The movie had a great message about embracing what makes you different, and also to remain true to yourself rather than conforming to society’s idea of perfection just to fit in. I think, in this day and age, these are extremely important messages to convey to younger generations. Bullying is at an all-time high, so it’s important to teach children to be accepting of those who seem different and to be satisfied with themselves despite their own differences. Those messages were never lost throughout the one hour and forty-five minute showtime.

The singing and dancing were fantastic, the cast was great and, while the special effects could have been a bit better, I thought this was a solid musical that everyone should go out and see. Hugh Jackman was the perfect person to play P.T. Barnum. He’s energetic, he’s theatrical and he has a great voice. Fans of Wolverine might be surprised to see him in this kind of role, but most of us knew he got his start doing musicals. Zac Efron and Zendaya were also great, but that was already expected. What wasn’t expected was how good Michelle Williams was playing Barnum’s wife, Charity Barnum. I know she’s a great actress, but she was exceptionally good in this role. Keala Settle plays the role of the “bearded lady” and WOW! She has a powerhouse voice that cuts through every song she’s a part of. This is definitely not the last we’ve heard of her.

I’ve seen some mixed reviews for the film because some thought it was too cheesy. Let’s be honest with ourselves . . . name one musical that hasn’t been cheesy. I’ll wait. I think cheesiness is part of their charm and you’re kidding yourself if you expect otherwise. Go into this one with an open mind and the willingness to have a whole soundtrack stuck in your head for days because that is what will most definitely happen.

Most importantly, show this to your children. Let them dream. Let them be different. Embrace their differences and teach them to be accepting of others. They’re our future, after all.

THE GREATEST SHOWMAN is the greatest holiday movie of the season. Watch the new trailer now! 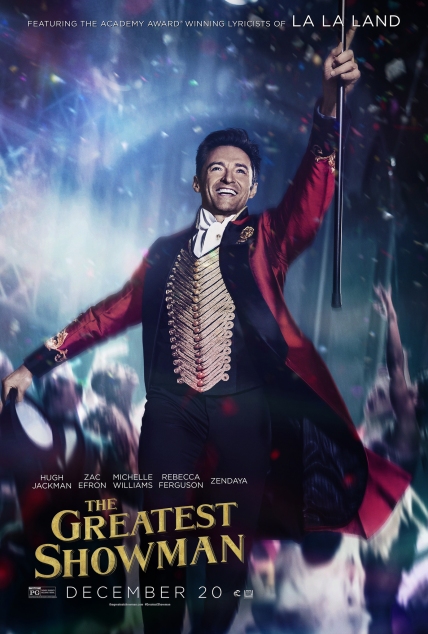 SYNOPSIS: Inspired by the imagination of P.T. Barnum, The Greatest Showman is an original musical that celebrates the birth of show business & tells of a visionary who rose from nothing to create a spectacle that became a worldwide sensation. 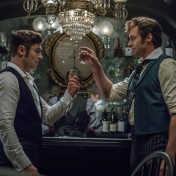 Inspired by the imagination of P.T. Barnum, The Greatest Showman is an original musical that celebrates the birth of show business & tells of a visionary who rose from nothing to create a spectacle that became a worldwide sensation.

Set in modern day Los Angeles, this original musical about everyday life explores the joy and pain of pursuing your dreams.

While supplies last. Once all allotted passes are redeemed, the code will no longer be valid. Supplies are limited. NO PURCHASE NECESSARY. Limit up to two (2) passes per person. Seating is first-come, first-serve basis. Employees of all promotional partners and their agencies are not eligible. Void where prohibited. Refer to screening pass for further restrictions. SEATING IS LIMITED, SO ARRIVE EARLY. PASS DOES NOT GUARANTEE A SEAT AT THE SCREENING.

Keisha and I got together to talk about a variety of things this week!  From Johnny Depp and the domestic violence claim against him, Mark Salling and the child pornography charges against him, first-time bikini waxes, LA and Nyle DiMarco winning the mirror ball trophy on Season 22 of Dancing with the Stars!

Disclaimer: Despite our late night rant, neither Keisha or I support domestic violence in ANY way and we DEFINITELY do not condone ANY sort of child pornography no matter who you are!  These are both despicable acts that should not go unpunished (so long as the person is rightfully convicted).  It is always important to know the facts.

So…check out our first Real Talk podcast below and let us know what you thought!  If you have any suggestions for topics you’d like for us to discuss, feel free to leave us a comment!  Thank you for the support!