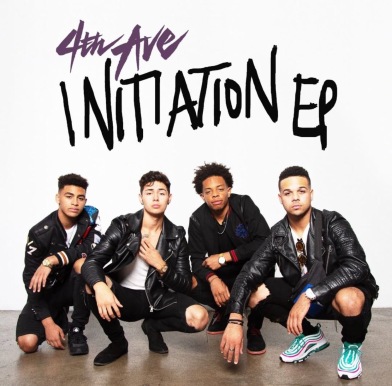 I had the chance to speak with up-and-coming boy band 4TH AVE about their new EP, Initiation, which is out today! We talk ABC’s Boy Band, how the band was formed, their musical influences, and more.

4TH AVE is made up of Camry Jackson, Jaden Gray, Marcus Pendleton and Mikey Jimenez

If you weren’t already aware, I featured 4TH AVE as one of my ‘Artist to Watch’ posts back when they were first introduced. Their sound is so organic and soulful and fun. Not to even mention the level of maturity and talent these young men possess. You can check out that original post HERE. Now, I’m not trying to say, “I told you so,” but . . . (I told you so).