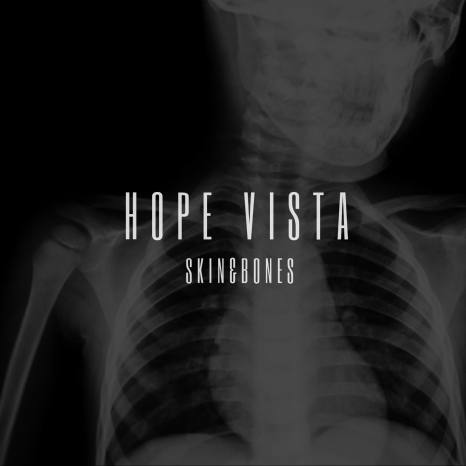 Hope Vista, lead vocalist of alternative rock band VISTA, has released her new single “SKIN & BONES,” out on all digital platforms NOW. Her last solo EP “PREVAIL,” was released in 2015, and since then has been actively touring the US with VISTA, most recently releasing their newest single “Born For Blood.” Her first solo offering since the release of “PREVAIL” is “SKIN & BONES,” a haunting, simplistic ballad. The track, produced by Okan Kazdal, delves into feelings of defeat, pairing complex emotions with a bare-boned piano instrumental.

Hope Vista is the diet Dr. Pepper drinking, Backstreet Boys loving, vintage-gaming lead vocalist of alternative rock band VISTA. Initially a solo artist, her final EP “PREVAIL,” produced by ZK Productions (Mayday Parade, Set It Off, Cartel), was released in November 2015. Immediately following the release, she founded VISTA, releasing their debut EP shortly after, and garnering praise from publications such as Rock Sound and Alternative Press. Since 2017, VISTA has completed 3 national tours, earned 250,000+ Spotify streams, and opened for Set It Off, Against The Current, and more. Known for her electrifying stage presence, unconventional style, and colorful lyricism, her new single “SKIN & BONES” is out on all digital platforms NOW.