Acclaimed London four-piece The King’s Parade have released the video for their new single ‘Mad’. The video is filmed at the iconic RAK Studios where the band recorded and produced the song alongside Rob Brinkmann (Pixies, Royal Blood, Barns Courtney).

Regarding recording the song at RAK frontman Olly Corpe says, “We recorded ‘Mad’ at RAK right after a 22 hour drive coming from a gig in Madrid. Weirdly, I think the extreme tiredness worked in our favour – we were too tired to care or think and in this case I feel like that added a spontaneity to our performance.”

‘Mad’ finds The King’s Parade delivering a deep song addressing human consciousness. The song flits between smooth and gritty vocals, driven by a captivating percussive sound that builds towards a huge anthemic chorus. It sees The King’s Parade blend alt-soul and blues influences with a pop sensibility that plays like a melding of Alabama Shakes, The Black Keys and Leon Bridges.

Regarding the single Olly says, “‘Mad’ is about the energy felt between two people we tend to call chemistry. It can happen the second you see or meet someone, or it can happen over time, but it’s just a feeling you have within yourself. It can’t be quantified or justified; it’s just a state of being. Sometimes it feels so mysterious that you start to question whether it exists at all. ‘Mad’ is about that moment.”

‘Mad’ is the first taste of new music from The King’s Parade following the release of their Woman EP last year, which saw them receive strong tastemaker support from the likes of BBC 6Music, BBC Introducing, The Independent, Wonderland, Clash, Mahogany and many more.

They’ve built up a fervent live fan base and have completed a number of sold out headline tours across the UK and Europe. The King’s Parade are hitting the road again in April. They will play four countries in Europe before coming to the UK to play three dates across the country including London, Leeds and Brighton. Full tour dates can be found below:

“A rich slice of alt-soul”
Mahogany

“Sure to leave a major mark across the indie music scene.”
Happy Magazine

The One-and-Only Mary Poppins Is Back and Nominated for Four Academy Awards®, Including Best Original Song 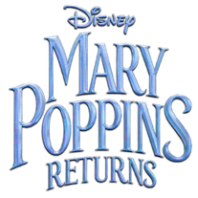 Bonus material explores the making of “Mary Poppins Returns,” going behind the scenes with the star-studded cast and crew who collaborated to make even the impossible possible. Extensive extras include a trip down Cherry Tree Lane with original cast member Dick Van Dyke, a sing-along version including the heartfelt Academy Award®-nominated “The Place Where Lost Things Go,” bloopers, deleted scenes, a deleted song and filmmaker commentary. Features also reveal the magic and moxie that went into creating large-scale musical production numbers, such as “Trip a Little Light Fantastic,” a rousing song-and-dance number led by Jack and his fellow lamplighters; “The Royal Doulton Music Hall” and “A Cover Is Not the Book,” showcasing the tremendous talents of Blunt and Miranda; “Turning Turtle,” an upside-down sequence featuring Meryl Streep as Mary’s eccentric Cousin Topsy; and “Can You Imagine That?” an underwater adventure with Mary Poppins and the Banks children.

In “Mary Poppins Returns,” Michael Banks (Ben Whishaw) — just a child when Mary Poppins first visited 17 Cherry Tree Lane — is now a grown man raising his children Annabel (Pixie Davies), John (Nathanael Saleh) and Georgie (Joel Dawson) with help from his sister Jane (Emily Mortimer). Times are tough in Depression-era London but the winds begin to change and the enigmatic governess, whose unique magical skills can turn any ordinary task into a fantastic adventure, enters the lives of the Banks family once again, having not aged a single day. Teaming up with an old friend, Jack, they take the Banks children on a series of whimsical adventures, encountering colorful characters like Mary’s eccentric Cousin Topsy (Streep), Jack’s lovable band of leeries and bank executives William Weatherall Wilkins (Colin Firth) and Mr. Dawes Jr. (Van Dyke) — bringing life, love and laughter back into the home.

“Mary Poppins Returns” will be packaged and released in several different formats, giving families the flexibility to watch it on a variety of different devices. Viewers can instantly watch the film in Digital UHD, HD and SD, and bring home a physical copy of the film as the Ultimate Collector’s Edition (4K UHD, Blu-ray and Digital Code), Multi-Screen Edition (Blu-ray, DVD and Digital Code), a single DVD or a Digital Bundle with both “Mary Poppins Returns” and the 1964 classic “Mary Poppins.”

This promotion will end Thursday, March 21st at 12:00 PM (eastern time). Only one entry per person. No purchase necessary. U.S. residents are eligible to enter. AccordingtoKristin.com and other promotional partners are not responsible for lost, stolen, or misdirected mail.

END_OF_DOCUMENT_TOKEN_TO_BE_REPLACED

“On newie ‘Sun Skin Air’, London quartet SUN SILVA manage to crib together classic driving melodies, woozy psych and a tendency for the unexpected – to create an intoxicating whole”
DIY

“A persistent rhythmic drumming propels the ears and then as the crescendo builds, an ominous clash and we’re instantly hooked… ‘Sun Skin Air’ hits a high during its dreamy psychedelic flourishes”
WONDERLAND

PLAYING SUMMER FESTIVALS
HIT THE NORTH, LIVE AT LEEDS, DOT TO DOT & BARN ON THE FARM

Fast-rising London collective SUN SILVA have released the video for their critically acclaimed new single ‘Sun Skin Air’. The band have also announced a headline London show at Camden Assembly on May 4th. Tickets are on sale now via Live Nation.

Regarding the single frontman Oscar Gormley says, “We wrote ‘Sun Skin Air’ in a horrible hostel with no fan during a visit to Spain. It’s a hard hitter, kind of Krauty and a bit gritty – probably due to the frustration of being in that room. This song is much weirder than ‘Blue Light’, which is the way we wanted to go with this one.”

‘Sun Skin Air’ has been added to the NME Radio playlist and championed by John Kennedy on his Radio X ‘Xposure’ show. The song has also received strong support from press tastemakers including NME, DIY and many others.

It follows the release of their debut single ‘Blue Light’ last year. Its release saw SUN SILVA burst onto the scene and achieve strong critical acclaim from the likes of DIY, Dork and Clash, alongside major radio support from Radio 1, Radio X and BBC Introducing.

SUN SILVA have been quick to put their firm stamp on the UK live scene and have already played an impressive number of sold out headline shows in London including The Lexington, Sebright Arms and Paper Dress Vintage.

The band will play further festivals this year and have been announced to perform at Live At Leeds, Dot To Dot, Hit The North and Barn On The Farm. The band have also been announced to support Luna Bay at London’s OMEARA on March 11th.

SUN SILVA have been quick to prove themselves one of the most exciting and in-demand bands to emerge from London and 2019 looks set to be a defining year for the collective. 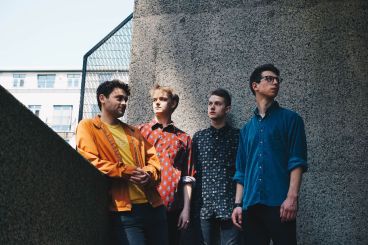