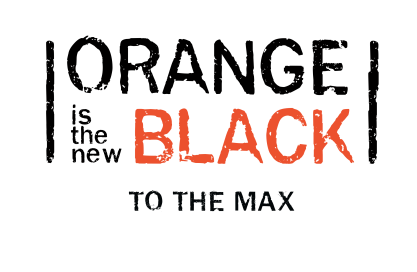 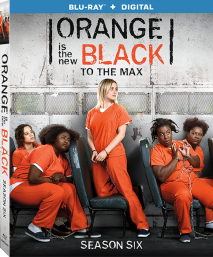 The inmates of Litchfield Penitentiary that you’ve come to know and love are all headed to the “max” when “Orange Is the New Black”: Season Six arrives on Digital June 10 and on Blu-ray™ (plus Digital) and DVD June 11 from Lionsgate. After inciting a riot in Litchfield, many of the familiar inmates are headed to maximum security for a “fresher and more surprising” (Ian Sandwell, Digital Spy) new season in a whole new environment. Starring Golden Globe® nominee Taylor Schilling (2015, Best Television Actress – Musical/Comedy Series, “Orange Is the New Black”), Golden Globe® nominee Kate Mulgrew (1980, Best Television Actress – Drama Series, “Mrs. Columbo”), Laura Prepon, and Golden Globe® nominee Uzo Aduba (2016, Best Supporting Actress – Limited Series or Television Motion Picture, “Orange Is the New Black”), who continue to please fans with “rich characters, ripping dialogue and great performances” (Dan Fienberg, The Hollywood Reporter). The “Orange Is the New Black”: Season Six Blu-ray and DVD will include audio commentaries with cast and crew, a never-before-seen featurette, and gag reel, and will be available for the suggested retail price of $34.97 and $34.98, respectively.

SYNOPSIS: Picking up one week after the emergency response team stormed Litchfield Penitentiary, the ladies of Litch have been torn apart, literally and figuratively, as they enter a new facility in the sixth season of “Orange Is The New Black.” Now ​newbies ​starting at the bottom, they ​must navigate new rules and power dynamics while getting hazed by inmates and tortured by guards. Friendships will be tested and new allegiances formed – some by choice, others by circumstance – as the women face a slew of charges from the riot. Will they take plea deals and turn on each other or band together and keep their bonds intact?

This promotion will end Friday, June 14th at 12:00 PM (eastern time). Only one entry per person. No purchase necessary. U.S. residents are eligible to enter. AccordingtoKristin.com and other promotional partners are not responsible for lost, stolen, or misdirected mail. 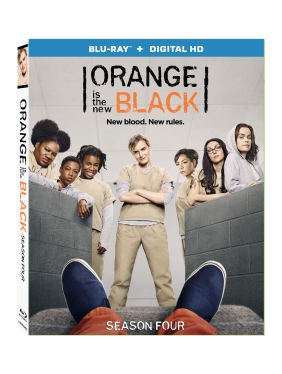 “Orange is a thing unto itself, and based on the brilliant fourth season,
it’s sturdy enough to hold up for years to come.”
– Joshua Alston, A.V. Club

The Critically Acclaimed Cultural Phenomenon Arrives on Blu-ray TM , DVD, and Digital HD May 9 from Lionsgate 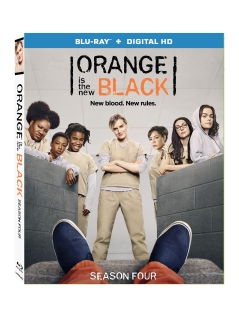 From Jenji Kohan, the creator of Weeds, Orange Is the New Black is a thought-provoking, funny, and evocative show about life in a women’s prison. Based on the best-selling memoir by Piper Kerman, the newest season of Orange Is the New Black delves into the racial and economic tensions that run rampant in the halls of Litchfield. Overrun with new inmates and overseen by inexperienced guards, the prison undergoes an unprecedented culture war.

Timed to the series’ Season 5 premiere, the Orange is the New Black: Season 4 Blu-ray, DVD, and Digital HD release includes all 13 episodes, as well as exclusive bonus material that fans can’t find anywhere else, such as a featurette that takes viewers around the set of Litchfield Prison, a gag reel, and selected episode commentary from cast and crew. The Orange is the New Black: Season 4 three-disc Blu-ray (plus Digital HD) and four-disc DVD will be available for the suggested retail price of $34.97 and $34.98, respectively.

Join hosts Kristin (@kristin0409) and Keisha (@keelime_) as they discuss the latest episode of Orange Is the New Black on Sundays at 2 pm EST.

Caputo’s kinder, gentler new regime includes organizing a Mother’s Day fair for the inmates that brings up a LOT of mixed feelings about family.

Follow the link for our review (& please excuse the slight echo…we were having some technical difficulties):

Orange Is the New Black – “Mother’s Day” – On Air Review