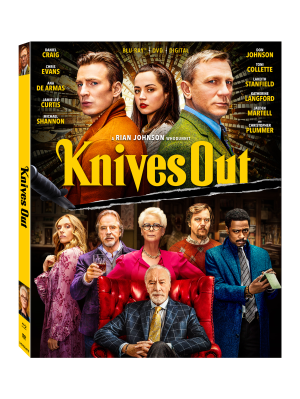 Take home Knives Out and immerse yourself in the mystery with special features including audio commentary and in-theatre commentary by filmmaker Rian Johnson, two never-before-seen deleted scenes, the eight-part “Making a Murder” documentary, the “Rian Johnson: Planning the Perfect Murder” featurette, a Q&A with the director and cast, and so much more. Experience four times the resolution of full HD with the 4K Ultra HD Combo Pack, which includes Dolby Vision, bringing entertainment to life through ultra-vivid picture quality. When compared to a standard picture, Dolby Vision can deliver spectacular colors never before seen on a screen, highlights that are up to 40 times brighter, and blacks that are 10 times darker. Additionally, the 4K Ultra HD Combo Pack features Dolby Atmos, which will transport viewers from an ordinary moment into an extraordinary experience with moving audio that flows all around them. Fans will feel like they’re inside the action as the sounds of people, places, things, and music come alive with breathtaking realism and move throughout the space.

This promotion will end Monday, March 2 at 12:00 PM (eastern time). Only one entry per person. No purchase necessary. U.S. residents are eligible to enter. AccordingtoKristin.com and other promotional partners are not responsible for lost, stolen, or misdirected mail. 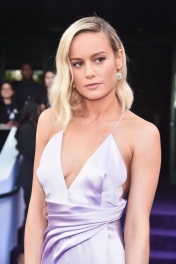 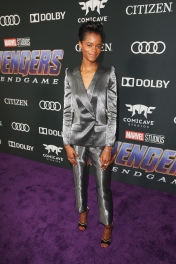 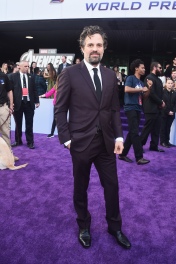 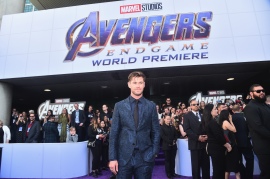 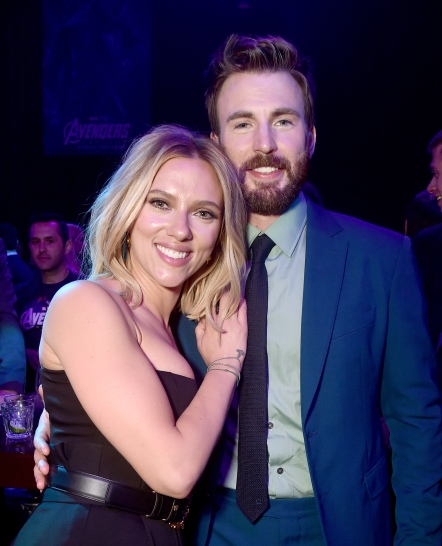 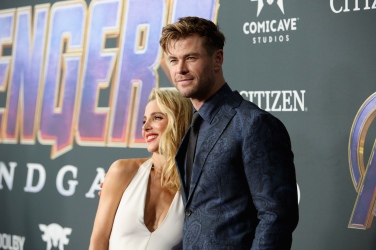 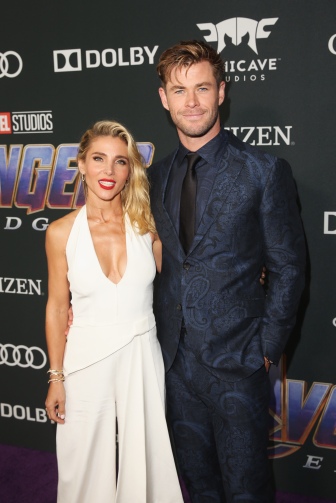 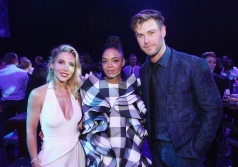 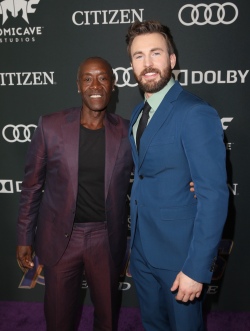 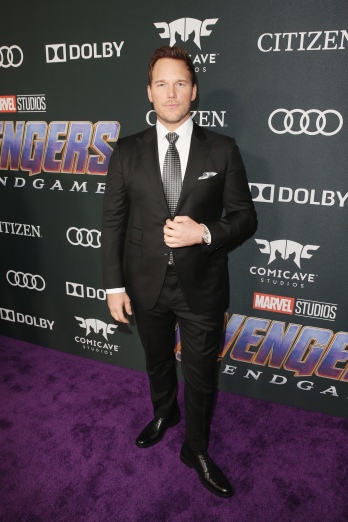 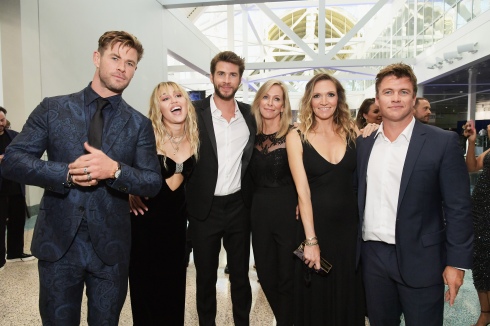 SYNOPSIS: The grave course of events set in motion by Thanos that wiped out half the universe and fractured the Avengers ranks compels the remaining Avengers to take one final stand in Marvel Studios’ grand conclusion to twenty-two films, “Avengers: Endgame.” 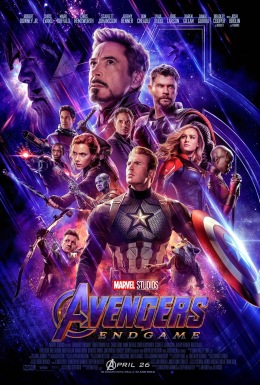 I am so excited about this particular post. Avengers: Infinity War was one of my favorites, despite so many of our favorites turning to dust. UGHHHH. I can’t wait to see where they take this because, I mean, the universe simply can’t stay this way.

Marvel Studios released 32 character posters yesterday that are absolutely incredible! The release of these posters marks the one month countdown for the release of AVENGERS: ENDGAME, which hits theaters April 26th.

SYNOPSIS: After the devastating events of Avengers: Infinity War (2018), the universe is in ruins. With the help of remaining allies, the Avengers assemble once more in order to undo Thanos’ actions and restore order to the universe.

Here are the posters for the remaining allies:

And, sadly, these are the posters for those we lost in Avengers: Infinity War. Thanks a lot, Thanos!

What were your thoughts when you first saw these posters? I loved the creativity of it all. We usually don’t get this many characters posters, but with a cast like this, I guess it was inevitable. I love how the ones we lost in Avengers: Infinity War are in black & white. From a creative perspective, I thought that was awesome! But we’re gonna need all of those restored to full color, thank you very much!

I seriously can not wait to see this in the theater!

As if April wasn’t already the best month of the year (I’m a biased April baby, don’t mind me)…we now get to see the latest AVENGERS film when it’s released in theaters April 26!

SYNOPSIS: After the devastating events of Avengers: Infinity War (2018), the universe is in ruins due to the efforts of the Mad Titan, Thanos. With the help of remaining allies, the Avengers must assemble once more in order to undo Thanos’ actions and restore order to the universe for once and for all, no matter what consequences may be in store.

I just watched the trailer and –back to my opening statement– Holy crap! Holy crap! Holy crap! Are you as excited as I am to see what happens?!?! There has to be a way that everyone survived, right? Maybe they’re all trapped in some parallel universe controlled by Doctor Strange? What are your theories?? Let me know!

And don’t forget to check out the trailer:

I’ve been wanting to see GIFTED for so long, and I finally got to watch it last night! I absolutely loved it! The cast was phenomenal and Mckenna Grace is definitely a force to be reckoned with.

SYNOPSIS: Frank Adler (Chris Evans) is a single man raising a child prodigy – his spirited young niece Mary (Mckenna Grace) – in a coastal town in Florida. Frank’s plans for a normal school life for Mary are foiled when the 7-year-old’s mathematical abilities come to the attention of Frank’s formidable mother, Evelyn (Lindsay Duncan), whose plans for her granddaughter threaten to separate Frank and Mary.

To be quite honest, this didn’t even feel like a movie. This felt like I was a spirit observing a beautiful relationship between an uncle and his niece. The acting didn’t feel forced at all and Mckenna’s performance didn’t just tug at my heart strings . . . she obliterated them. The on-screen chemistry between her and Chris Evans was so incredibly heartwarming. Even her relationship with their neighbor, Roberta (Octavia Spencer), was  a thing of beauty.

This film touched me on a personal level because of the relationship I have with my own niece. Sometimes you put your own life on hold to help raise someone else and I felt Frank’s struggle entirely in that respect. You want to do right by them and make sure they have the best life possible, but everyone makes mistakes. It’s how you bounce back from those mistakes that makes all the difference.

What Mckenna does as Mary is what blows you away as a viewer. She is a math prodigy who struggles to balance being a genius and being a kid. Frank, Roberta and the one-eyed cat Fred, help to keep Mary on a track that finds that balance successfully.

I caught the film on HBO, but this is one that I would definitely recommend actually buying. It’s funny, it’s sad, it’s beautiful, it’s tragic and it’s absolutely underestimated. It’s a wonderful indie film that I highly recommend!

Ladies and gentlemen, we have a second trailer for AVENGERS: INFINITY WAR!!

It was announced on March 1st that the film would be released in theaters a bit earlier than originally expected, so the new trailer has arrived with perfect timing! The Marvel Cinematic Universe will unite to try and defeat Thanos, but the newest trailer shows our beloved superheroes in some trouble!

SYNOPSIS: Two years after the Avengers were torn apart during the events of Captain America: Civil War, Thanos arrives on Earth to collect the Infinity Stones for a gauntlet that will allow him to bend reality to his will. The Avengers must join forces with the Guardians of the Galaxy to stop him before his onslaught of destruction puts an end to the universe.

Did you watch the trailer yet?? If not, what are you waiting for?! Click below and let me know what you think!

SYNOPSIS: As the Avengers and their allies have continued to protect the world from threats too large for any one hero to handle, a new danger has emerged from the cosmic shadows: Thanos. A despot of intergalactic infamy, his goal is to collect all six Infinity Stones, artifacts of unimaginable power, and use them to inflict his twisted will on all of reality. Everything the Avengers have fought for has led up to this moment – the fate of Earth and existence itself has never been more uncertain.

Political pressure mounts to install a system of accountability when the actions of the Avengers lead to collateral damage. The new status quo deeply divides members of the team. Captain America (Chris Evans) believes superheroes should remain free to defend humanity without government interference. Iron Man (Robert Downey Jr.) sharply disagrees and supports oversight. As the debate escalates into an all-out feud, Black Widow (Scarlett Johansson) and Hawkeye (Jeremy Renner) must pick a side.

MARVEL’S CAPTAIN AMERICA: CIVIL WAR is now available on Digital HD & Disney Movies Anywhere. On Tuesday, September 13 – get it on Blu-ray…OR…win it here on iwatchmike.com

Here’s how you enter the #CaptainAmerica #CivilWar contest…

In the subject line – Captain America

This promotion will end September 21 at 10:00 AM (central time). Only a single entry per person. No purchase necessary. U.S. and Canada residents are eligible to enter. Winner’s will be contacted via email. iWatchMike.com and other promotional partners are not responsible for lost, stolen, or misdirected mail. 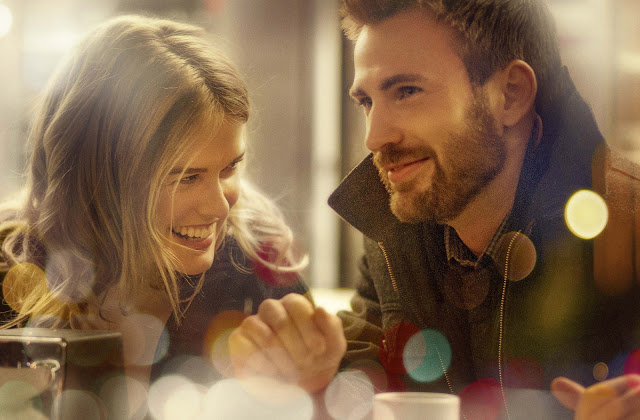 I’ve been wanting to check this film out for a while now, so I was stoked to see it out on Netflix!! ‘Before We Go’ is the directorial debut of the ever-so-charming Chris Evans.

SYNOPSIS:  Two strangers stuck in Manhattan for the night grow into each other’s most trusted confidants when an evening of unexpected adventure forces them to confront their fears and take control of their lives.

This indie movie follows Nick (Chris Evans) and Brooke (Alice Eve) on a journey through New York City after Brooke’s purse was stolen from a bar.  I have to say that I was pleasantly surprised by this movie!  Where it lacked in action, it made up in thoughtfulness and charm.  It almost felt like a documentary, and had a raw feel to it, which I liked.  If you’re anything like me, you go into movies like this with a preconceived notion of what will happen.  Don’t.  It’s refreshing to have something a bit different than what you expect.  The acting was great, and the dialogue was entertaining.

If you’re looking for a good indie movie…definitely check this one out!