Watch Justina Machado, Rita Moreno and the rest of the One Day family announce the Season 2 premiere date and pay hilarious homage to the original series with a frame-for-frame recreation the opening credits.

A reimagining of the iconic Norman Lear’s classic sitcom, “One Day at a Time” is an hilarious and heartfelt comedy that follows three generations of a Cuban-American family navigating the ups and downs of life.

A newly-single mom and military veteran journeys through the triumphs and tribulations that come with raising two strong-willed, mega-millennial children, all the while enlisting the “help” of her old-school mother and her building manager-turned-invaluable confidant.

Through an contemporary lens, “One Day at a Time” offers a glimpse at what life looks like, in good times and bad — and how those around you somehow make it all worthwhile.”One Day at a Time” stars Justina Machado, Rita Moreno, Stephen Tobolowsky, Todd Grinnell, Isabella Gomez and Marcel Ruiz.

For more One Day at a Time, visit Netflix Media Center or our social channels:
@OneDayAtATime
facebook.com/ODAATNetflix/
onedayatatime.tumblr.com
#ODAAT

Sharp and Brewster talk about wanting the women of “Lethal Weapon” to have more scenes together, how each of their characters will be changing throughout season 2 and how happy they have been being part of the show. 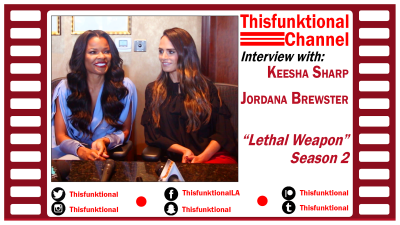 Actor Alfonso Herrera talks with media about “The Exorcist” season 2, which premiered Sept. 29.

Herrera talks about being part of the three returning cast members, hoping the fans respond well to the second season and how Father Tomas has changed from season1. 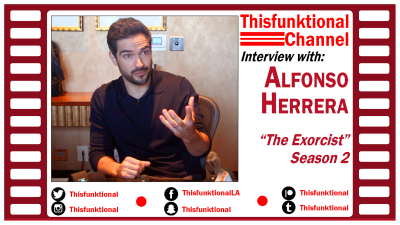 Actors Brianna Hildebrand and John Cho discuss their roles in of FOX’s “The Exorcist,” season 2 premiered on Sept. 29.

Hildebrand and Cho discuss coming into an established series, knowing that the returning cast does a fantastic job leading the show and the joy it has been being on set. 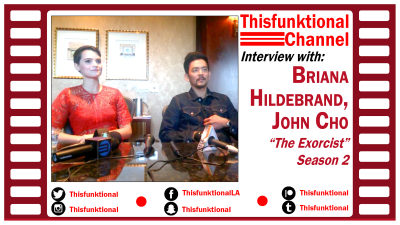 The Skylanders are back in action protecting the realm.

Created by Eric Rogers (Futurama) and based on the popular Skylanders® videogame franchise, the action-comedy centers on the band of heroes as they train under the watchful eye of Master Eon (Chris Diamantopoulos) learning how to keep peace and protect their homeland from the constant threat of villainous forces.Along with a new class of cadets, and newcomers Cynder (Felicia Day) and Sprocket (Grey Griffin), the team returns in an action-packed “Skylanders Academy Season 2” that finds our heroes seeking answers from the past.

Spyro begins a search for information about his ancestors in order to harness and understand his special powers.

Meanwhile, Kaos’ quest to bring evil rule to the Skylands realms accidentally unleashes a villain more powerful than anything Kaos or the Skylander warriors have ever faced.

The Skylanders unite once more for the greatest showdown against evil yet – putting them all to the ultimate test!

The series also features the voice talents of Norm Macdonald as Glumshanks, Catherine O’Hara as Kaossandra, Parker Posey as Dreamcatcher and Susan Sarandon as Golden Queen.

Catch up on Season One now, streaming on Netflix. For more information about Skylanders Academy, visit skylandersacademy.com.

The award-winning $3.5 billion Skylanders videogame franchise has sold through more than 300 million toys1 since its pioneering debut in 2011.

Available now, the most recent game Skylanders® Imaginators gives kids the power to create their very own Skylanders and bring them to life for the first time.