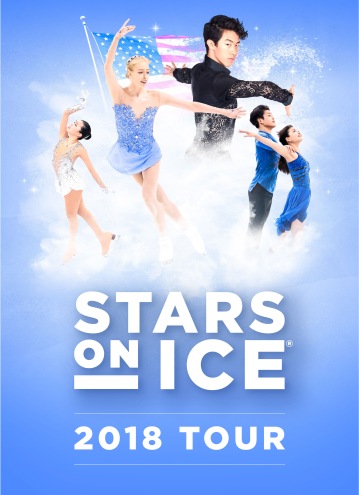 Every four years, the Winter Olympics not only give us a chance to celebrate and revel in our favorite athletes, but also to discover some incredible new breakout stars. Ardent fans of figure skating have become familiar with two-time and reigning National Champion Nathan Chen, but by the time the 2018 Winter Olympic Games are over, the world will be as well. Chen, the first skater to land five different quadruple jumps during a single program in competition, will be a key member of an immensely talented U.S. Figure Skating Team looking to grab Gold at the Olympics. He will also be the centerpiece of the 2018 Stars on Ice tour that will feature current National Champions, and many of the skaters vying for medals for the U.S. in the 2018 Winter Olympics. The Tour will visit 22 cities nationwide beginning in Fort Myers, FL on Friday, April 6th, and wrapping up in Portland, OR on Sunday, May 20th. For a complete list of tour dates and performance times, please visit www.starsonice.com.

This year’s Stars on Ice tour will put American fans front and center to experience the best of U.S. Figure Skating. A couple of first-time faces graced the top of the podium at this year’s National Championships in San Jose. Among those National Champions, who will also compete in the upcoming Winter Olympics, then return stateside to skate in the 2018 Stars on Ice tour, will be 2018 U.S. Ladies Champion Bradie Tennell, and 2018 National Ice Dance Champions Madison Hubbell & Zachary Donohue.

Returning to Stars on Ice this year, are Maia & Alex Shibutani, the brother-sister two- 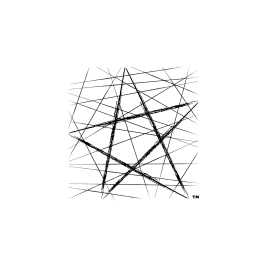 Stars on Ice continues to be a pioneer in figure skating by offering fans the rare opportunity to witness some of the world’s most creative and cherished champions performing together in both individual and ensemble routines. Founded and produced by Olympic Gold Medalist Scott Hamilton, Stars on Ice is one of the premier family entertainment events in the U.S., and the only figure skating Tour in America, that has annually brought fans the greatest performances and competitors from around the globe.

Bradie Tennell will not perform in Allentown and Salt Lake City

About Stars on Ice

Founded in 1986 by skating icon Scott Hamilton, the Stars on Ice Tour has performed more than 1,500 shows over the last three decades. Past Tour performers include Olympic Gold Medalists Kristi Yamaguchi, Katarina Witt, Scott Hamilton and Torvill & Dean. The Tour has won three Emmy Awards, one ACE Cable Award (Best Sports Special), and is recognized as the finest ice production in the world. Stars on Ice is produced by IMG, the global leader in sports, fashion and media. For more information about the Tour, visit www.starsonice.com. Keep in touch with Stars on Ice on Facebook: www.facebook.com/starsonice, Instagram: http://www.instagram.com/starsonice and on Twitter: @starsonice, www.twitter.com/starsonice.

Thank you, South Florida, for participating in winter this year! Even if it IS just for one day. Work should be cancelled so I could stay home and enjoy it!
🚨 Digital Code Giveaway 🚨 Head over to According to Kristin (link in bio) for details on how to win 1 of 5 digital codes for MALEFICENT: MISTRESS OF EVIL!! . . . #maleficent #disneysmaleficent #disney #movie #movies #giveaway #contest #angelinajolie #michellepfeiffer #ellefanning #family #familymovie #blog #blogger #blogging
Mayor Garcetti and Entertainment Industry Leaders Launch LA COLLAB Initiative to Increase Latina Representation in Hollywood. For more info, click the link in my bio to head over to the blog! . . . #lacollab #losangeles #latinx #hollywood #entertainment #blog #blogger #blogging #evalongoria #jjabrams #eliroth #devonfranklin #jasonblum #zoesaldana
ABC’s new rom-com show THE BAKER AND THE BEAUTY is set to premiere on April 6 @ 10pm. You can catch the trailer on the blog (link in bio) now! . . . #tv #television #thebakerandthebeauty #abc #abctv #family #romcom #nathaliekelley #victorrasuk #miami #blog #blogger #blogging
Ahhh!! Found this on my doorstep today! MALEFICENT: MISTRESS OF EVIL is available now on Digital & everywhere else tomorrow, January 14th! . . . #maleficent #mistressofevil #movie #movies #angelinajolie #michellepfeiffer #ellefanning #family #mailcall #disney #disneymovies #waltdisneypictures #disneymaleficent
Drag Brunch with the girls!
I’ve been out of the podcasting game for a hot minute, but @thisfunktional & I have been talking about starting this one for a while now! The plan is to talk about all things mental health, entertainment, life, etc. Naturally, I’ll find ways to annoy Jesus by bringing up my love for boy bands a time or two, but shhhh...don’t tell him lol . . . #podcast #podcasting #podcaster #chat #twocupsofcoffeepodcast #mentalhealth #life #create #tv #movies #entertainment #boybands #friends #blog #blogger #blogging #podcast . Logo made by @a2kdesigns
I hope you all have a happy, healthy & fabulous start to 2020!! Cheers to starting fresh & kicking ass! 🤍🥂
Miami peeps!! Click the link in my bio for details on how you can score yourself tickets to the promo screening of LIKE A BOSS on January 7, 2020! . . . #likeaboss #movie #movies #tiffanyhaddish #rosebyrne #salmahayek #billyporter #jennifercoolidge #arigraynor #natasharothwell #jessicastclair #karansoni #comedy #moviescreening #blog #blogger #blogging