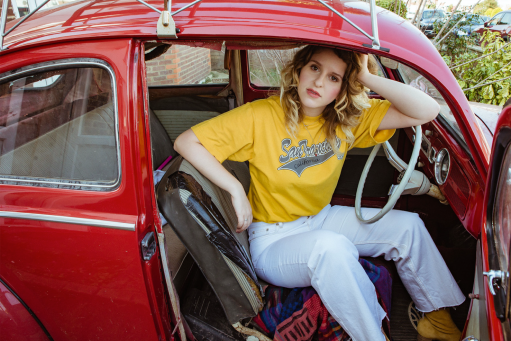 Hannah Grace has shared ‘Sleepwalking’, the latest and final track to be taken from her new EP, The Bed You Made, out now via Never Fade Records.

The track opens with Hannah’s vocals delicately draped over an emotive and elegiac piano, both taking turns to glide over one another in sonic bliss. The soft and passionate verses steadily build towards an eruption of emotion, a beautiful and breath-taking crescendo.

Hannah reveals, “I wrote ‘Sleepwalking’ after I had just moved to London to do music full time.  I felt completely overwhelmed and swallowed up by London and felt like the reality of it was very different to the dream world in my head.  I wrote it with my good friend Jessica Sharman and I guess the song is about wanting a dream to wake you up and become part of your reality. This song completes my EP ‘The Bed You Made’ and I am so proud of it and happy to have it out in the world.”

Throughout The Bed You Made, Hannah’s incredible vocal abilities take centre stage amid minimalist musicality, with stripped back and raw production echoing its lyrical content. The result is a moving and timeless collection of tracks – The Bed You Made, ‘Different Kind Of Love’ and ‘Almost’ – that ranges between the uplifting and gloriously cathartic.

Hannah combines stunning vocal abilities – capable of weaving seamlessly between the passionate soulfulness of jazz, the heartbreak and pain of blues and the sweet melodicism of pop – with a flair for emotive songwriting.

The EP was co-written with her friends and collaborators Martin Luke Brown, Gabrielle Aplin and Jessica Sharman, and its release follows her recent appearance on Sara Cox’s ITV show, which saw her stun viewers with performances of her single ‘With You’ and a stirring piano version of ‘Praise You’.

With support from both radio and TV building, 2019 looks set to be the year that catapults Hannah into mainstream awareness.

THE BED YOU MADE EP TRACKLIST
1. The Bed You Made
2. Different Kind Of Love
3. Sleepwalking
4. Almost 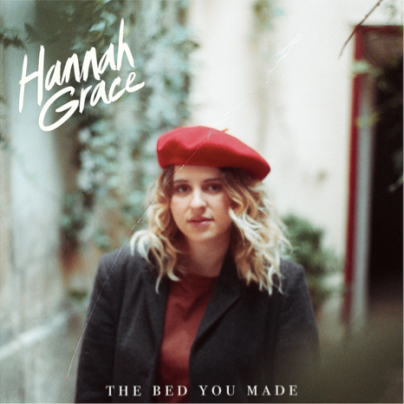 REVEALS THELMA AND LOUISE
INSPIRED VIDEO FOR
‘HAD ENOUGH‘

Made in support of the #MeToo movement with an all female team, it pays tribute to the classic female friendship road trip film

“I think especially in today’s social climate, it’s both important and powerful to be able to tell the world ‘I’ve had enough, I’m pissed off, and it’s time for change.” – Diamante

“Diamante has been making a big noise. With a series of feisty, well-received singles…the anthemic ‘Had Enough’ [is] a perfectly timed cover of a song originally released by English alt-rockers Lower Than Atlantis in 2016. – Team Rock (She Rocks Campaign, 2018)

As her sultry and show-stopping video for ‘Coming In Hot‘ crosses 1 Million YouTube streams, 21-year-old Diamante shows she’s more than meets the eye in the brand new video for her female empowerment video anthem ‘Had Enough‘.

Shot on location in Palm Springs CA, Diamante enlisted an all-female team to create the ultimate gal-pal road trip video, which pays homage to the classic pissed-off-chick-flick Thelma and Louise. Taking the desert by storm alongside actress Mackenna Johnson, the video features a behind-the scenes cast including Director/Producer Sofia Lane, production crew Rose Lu and Alyssa Mordal, and camera work by Tania Espinosa Cueva. Each woman is up-and-coming in her respective field.

“It’s critical to see more women at the top of fields traditionally dominated by men,” explains Diamante on her decision to hire women for this shoot. “But in order to do that, we need to give women a chance to get their foot in the door. It was very important to me to create opportunities for other women in the making of this video”

Originally recorded by Lower Than Atlantis, Diamante decided to put her stamp on the song because the strong lyrical content struck a chord. “Something about its unapologetic honesty really captivated me. I think that level of honesty and bluntness of being able to tell the world: ‘Hey! I’m pissed off!’ is very powerful and something that music has been craving, especially in today’s climate”

‘Had Enough‘ is the fourth track released from her forthcoming debut record due out later this year on Better Noise Records, following ‘Haunted‘, ‘Sleepwalking‘ and the breakout track ‘Coming In Hot‘. Produced by Howard Benson [Chris Cornell, Kelly Clarkson, My Chemical Romance, Halestorm], the upcoming collection brings to light a signature sound the artist has been developing meticulously since age 13. With her edgy style, sultry vocals, pop sensibility, and unabashed swagger, the Mexican-Italian-American solo artist draws from myriad influences and calls to mind legends from a spectrum of rock icons including Joan Jett, Pat Benatar, Debbie Harry, Mötley Crüe, Def Leppard, and Bowie.

Read Diamante’s interview with Team Rock on the making of the ‘Had Enough‘ video HERE. 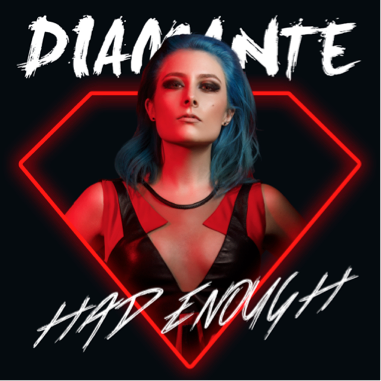