If you had to go on the run, off the grid, could you? That’s precisely the premise of CBS’ the HUNTED. Now heading into its 3rd episode, HUNTED, a riveting new competition series that follows everyday people as they try to evade capture from elite team of investigators. HUNTED brings viewers into both sides of the hunt revealing what tactics and tools it takes to go on the run and a look into what intelligence the investigators have to capture the fugitives.

Meet the Fugitives from HUNTED:

Meet the Hunters from HUNTED: 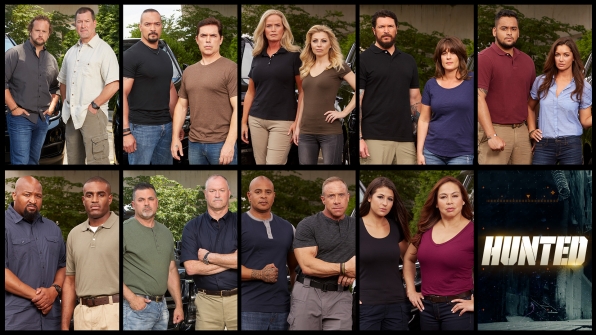 And here are the Command Center Investigators from HUNTED:

You can catch HUNTED Wednesdays at 8/7c on CBS.