I had the pleasure of listening to Saint Raymond’s EP before its release and became an instant fan. It was released on Friday, November 17 and I’m happy to be able to share it with you now!

The A Light That Blinds EP follows from the release of the acclaimed Nottingham singer’s Top 10 debut album Young Blood in 2015.

You can listen to A Light That Blinds EP here – Spotify 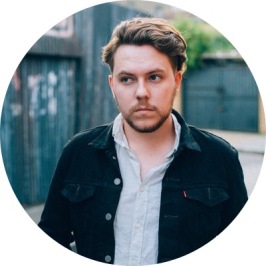 Saint Raymond released two songs from the EP ahead of release, including the upbeat indie pop anthem ‘We Are Fire’ and the seductive late night swagger of ‘Nightcrawling’.

The singles have been receiving great support from Radio 1, with Phil Taggart and Huw Stephens particularly big fans at the station. He has previously been ‘Hottest Record In The World’ and completed a Maida Vale session for Radio 1 too.

Saint Raymond has received great praise from the broadsheets and indie tastemakers. His feel-good indie anthems have captivated arenas and he’s also played with the likes of HAIM, Jake Bugg and Ed Sheeran.

Check it out and let me know what you think!