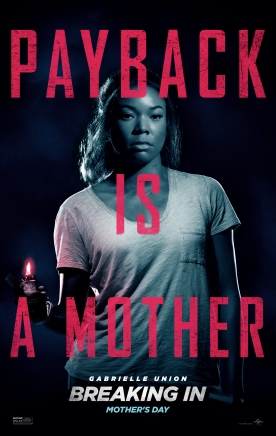 This Mother’s Day, a group of thieves mess with the wrong mom!

Gabrielle Union stars as a woman who will do anything to rescue her children from a band of ruthless criminals who kidnap them before her very eyes.

In Breaking In, the new Universal Pictures action thriller from V for Vendetta director James McTeigue and producer Will Packer, Shaun (Union) takes her two children on a weekend getaway to her late father’s secluded house. When they arrive, she discovers her father had built a fortress designed with impenetrable security.  As she wonders why, criminals force their way in, lock her out of the house and hold her children hostage, demanding the contents of a safe.

Initially feeling powerless, Shaun’s maternal instincts kick in and she gets physical as she figures out a way to outwit her children’s captors.

When the ringleader tells her she is “a woman alone at the mercy of strangers,” she becomes determined to prove them wrong and find a way into the house to save her kids and herself from what looks to be certain death, even if she cooperates with the thieves. 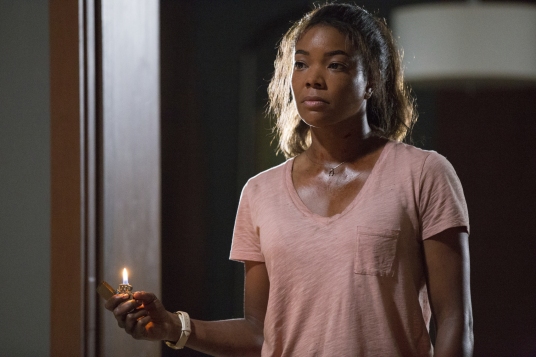 Union shines in this action-packed suspense thriller as a desperate mom who will stop at nothing to get her children back and teach the criminals a lesson: no traps, doors or locks, and especially no man can match a mother with a mission.

The movie will keep you at the edge of your seat, rooting for Union as she tells the criminals “you broke into the wrong house.”

The movie premieres May 11. Don’t miss this kick ass mom fight for her kids this Mother’s Day!