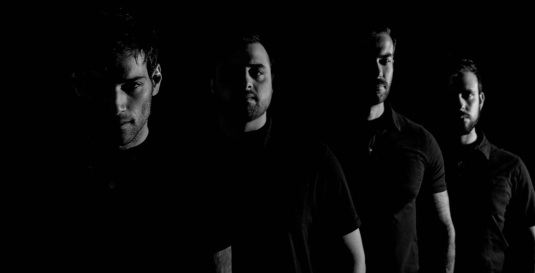 The adage that states “what doesn’t kill you makes you stronger” hits home for Long Island Indie/Pop rock quartet Persona and their brand new single “Whole Again,” out TODAY  with a corresponding music video (see below). Running off the recent release of their last single, “Indie Cowboy” (and whilst preparing to record a new album), Persona takes indie rock to new heights, continuing to explore past the realms of the genre and incorporating crisp elements of both alternative rock and pop into the mix. Although the track is quite personal, the corresponding music video adds even more layers to the band’s ‘persona,’ showcasing a toxic relationship on it’s way down. Taking their individual, unique pains and applying it to Persona’s creative process, the final result is an indie mish mosh of triumph. About the release of “Whole Again”, the band states:

“Whole Again” is about coming down off of a breakup and finding yourself, exactly where you are supposed to be. I think we all can relate to a toxic love relationship. Where you love a person so dearly, but they are just not good for you and you stay complacent and settle for all the negative outcomes of the relationship. “Whole Again” is about settling in to the uncomfortable situations after a breakup and finding yourself and growing.

Prior to the band’s foundation in 2011, the members spent the better part of the decade not only developing their craft, but becoming one with the character, reality and imagination that makes the band who they are today. “We write songs about events that have happened in our lives. Our songs are about overcoming are struggles, they are literally who we are collectively and individually,” states singer Tom Spartinos. Indeed, the struggle has been very real in past years with a car accident nearly taking bassist Sam Trestmans’ life, a fire destroying guitarist Costas Themistocleous’ home as well as the band’s home recording studio and various battles with demons and addiction.

“The ups and downs of life in general have solidified a strong and sacred bond between us that has reflected in our music,” explains Themistocleous. Indeed, the layered indie-rock sound that Persona has cultivated shines in the band’s debut release, “Take Me To The Mon”. Released in late 2012, the EP is rich with crisp harmonies and nostalgic melodies. “Mayday, We Crashed” was the sophomore EP produced by Gary Cioffi (Transit, Four Year Strong) at Maximum Sound Studio in Danvers, MA. Upon completion of “Mayday, We Crashed”, Persona ultimately crashed and went under the radar. Little did they know it would be a few years before they shared their music with the world again. “After we got home from touring and the release of “Mayday, We Crashed” we burnt out, we all felt it would be best to take a few weeks to ourselves, little did we know how long that few weeks would turn out to be” explains Tom Spartinos on the band’s state after “Mayday, We Crashed.” “We just needed a break. We needed to grow individually to get to the next chapter of our lives. I honestly can’t say it didn’t hurt me every day, but Tom and I kept writing when we had the chance and jamming full band when available,” retorts Costas Themistocleous.In the spring of 2017, Persona released the single and lyric video for “Say What You Say,” followed by former bassist Will Suraci departing from the band and drummer CJ Kostaras (Giants at Large) becoming the back bone. The new Persona spent the rest of the summer releasing singles, accompanied by a music video once a month. “We want to impact people with our music. We want to make people reflect and ponder, and we want to spread a positive message. There is always room for positive vibes and good feeling, especially in the world we live in today,” added Spartinos. The band is currently set to release 3 new singles and videos before they hit the studio in November 2018 to record their 3rd EP and are planning numerous local and national tour dates for 2018 and beyond. “Whole Again” is out on all digital platforms NOW.