I wanted to start off by saying that, for me, Valentine’s Day has never been the day that it is for most people. In high school, I had a rose gram sent to me by the guy who eventually ended up breaking my heart for the first time lol. Also in high school, I received a phone call from a juvenile detention center from a guy who made a habit out of stealing cars with his friends, but, to this day, treated ME better than anyone else had. At the time, I thought to myself, “Omg, this guy likes me that much that he’ll call me from juvi to wish me a Happy Valentine’s Day!” You know, instead of, like, not stealing cars and being with me in person?? Haha.

When my niece was born and started school, she used to make me the cutest little Valentine’s likes this one & it made my day better than anyone else’s in the world, I guarantee it.

I always thought that if I did have a special man in my life, I’d be more appreciative of little gestures throughout the year as opposed to one day of the year where everyone thinks it’s necessary to do so. Maybe that’s my singleness showing haha. Either way, I don’t knock it for those who take it seriously, but it does kind of shine a light on those of us who haven’t had much luck in that department over the years. So, now that my niece is in high school and no longer makes me those adorable Valentines, I choose to do something special for myself. Even if it’s just buying myself some chocolate!

This Valentine’s Day, we were blessed with a new cover and music video from one of my favorite duos – SUPERFRUIT. Superfruit is composed of Scott Hoying and Mitch Grassi from Pentatonix and they’re phenomenal. Their voices are SO good and their vibe is contagious. I posted yesterday about their announcement for the cover track that would be released today because they posted a picture teasing that they’d be joined by a special guest. Lo and behold, my guess on who that person was (Spoiler Alert: Adam Rippon) correct and I AM HERE FOR IT. If ever we needed a legendary trio, it’s now and it’s this one!

Side note: I had the pleasure of meeting Adam last year in South Florida for my 34th birthday and he was an absolute sweetheart! 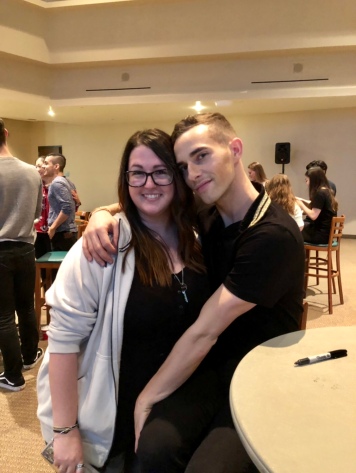 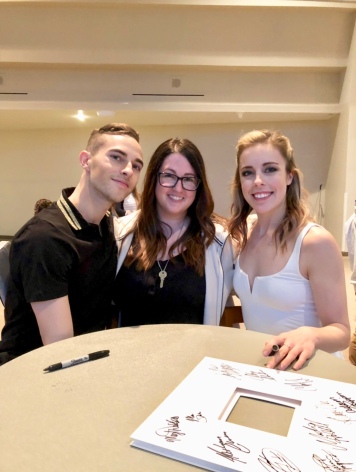 I feel like a was tricked a bit because I thought Adam would be singing with them on the the cover of When In Rome’s “The Promise,” but he’s not. Adam skates beautifully on the ice while Scott & Mitch give off some serious 80’s vibes and incredible vocals!

So, for Valentine’s Day, I wanted to show some love and appreciation for anyone reading this and supporting my journey on the blog. Since I can’t send you all teddy bears and chocolate, my gift to you is my new favorite music video covering a song that was released in the decade I was born.

ENJOY your Valentine’s Day, whether it be with a loved one, with family or with YOURSELF! You’re not alone!

Excuse me while I go watch this video repeatedly for the rest of the day!

An Action-Packed Retelling of the Classic Legend.

SYNOPSIS: Returning home from the Crusades, Robin of Loxley (Egerton) finds his country oppressed by the evil Sheriff of Nottingham (Mendelsohn). With the help of Moorish warrior Little John (Foxx), Robin transforms into the heroic outlaw Robin Hood, taking up arms to fight the sheriff and win the heart of his love, Maid Marian (Hewson).

The Robin Hood special features include an in-depth, never-before-seen, 7-part documentary; multiple outtakes; and deleted scenes, all of which show what it took to put a new spin on everyone’s favorite hooded hero. Experience four times the resolution of full HD with the 4K Ultra HD Combo Pack, which includes Dolby Vision® HDR, bringing entertainment to life through ultravivid picture quality. When compared to a standard picture, Dolby Vision can deliver spectacular colors never before seen on-screen, highlights that are up to 40 times brighter, and blacks that are 10 times darker. The 4K Ultra HD Combo Pack also features new HDR10+ technology, making for an enhanced viewing experience on next generation displays by using dynamic tone mapping to reflect frame by frame variations in brightness, color, saturation, and contrast. Additionally, the 4K Ultra HD Combo Pack and Blu-ray feature Dolby Atmos® audio mixed specifically for the home, to place and move audio anywhere in the room, including overhead. The Robin Hood 4K Ultra HD Combo Pack, Blu-ray Combo Pack, and DVD will be available for the suggested retail price of $42.99, $39.99, and $29.95, respectively.

This promotion will end Tuesday, February 26th at 12:00 PM (eastern time). Only one entry per person. No purchase necessary. U.S. residents are eligible to enter. Winners will be contacted via email. AccordingtoKristin.com and other promotional partners are not responsible for lost, stolen, or misdirected mail.