On Friday, July 24, to celebrate the release of Straight Outta Compton, a mural was unveiled at the famous art district of Wynwood in Miami. The mural was created by a talented group of Latino artists known as TATS CRU. 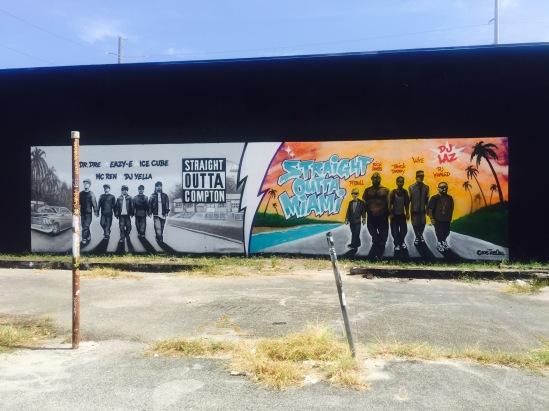 The mural honors several Miami artists that have made an impact in the world of music – specifically hip hop and rap as well as the film Straight Outta Compton.

Stars from the film, O’Shea Jackson Jr. and Jason Mitchell, as well as original member of NWA, Ice Cube and director F. Gary Gray were on-site to personally check out the mural.

As word spread about the mural, Pitbull could not resist and visited the mural later that night to share photos with his fans on Facebook.  He also included a photo of the mural on Twitter.