ALL EPISODES OF CHESPIRITO AVAILABLE DURING FESTIVAL INFANTIL

In time for summer break, the third annual edition of Festival Infantil just kicked off and it includes all the episodes of the family-favorite Chespirito and also of El Chavo Animado. Festival Infantil is a TV marathon where Xfinity TV users have an all-access pass to hundreds of hours of the best kids and family content and it runs till July 2. Popular shows and movies from networks such as Vme Kids, Univision, Kids Central, and Discovery Familia are also part of the marathon and they will be available through Xfinity On Demand and on-the-go through the Xfinity Stream TV app.

And what a better way to have kids practice their Spanish than to show them the most popular Latin-American comedy program from recent times. Check out this amazing video from Anima Estudios where they got together all the Chespirito characters played by Roberto Gómez Bolaños, the show’s creator, and present them in the best style of El Chavo Animado:

During Festival Infantil, you and your family can also enjoy: 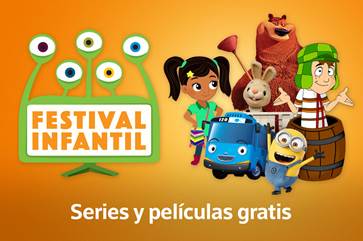 Also available during Festival Infantil (and throughout the entire year) is Xfinity’s Kids Zone, a destination provides a safe space for children to watch TV independently while parents can get peace of mind knowing the content has been deemed age-appropriate. The Kids Zone feature, a truly bicultural experience that is available in customers’ language of choice, also provides parents exclusive access to Common Sense Media’s age-based ratings and reviews in Spanish, directly on the TV.

For more information on Xfinity Festival Infantil, please visit: http://my.xfinity.com/ or join the conversation on https://facebook.com/XfinityLatino/ and on Twitter by using #FestivalInfantil and following @XFINITYLATINO. 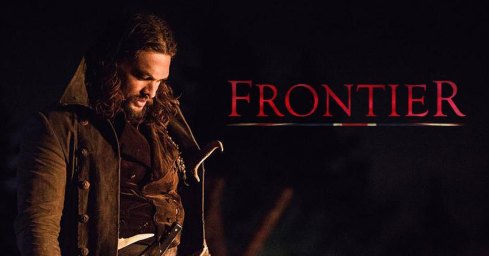 SYNOPSIS: Follows Declan Harp, a part-Irish, part-Native American outlaw who is campaigning to breach the Hudson’s Bay Company’s monopoly on the fur trade in Canada.

Ok, so the big bro (Mike “the Movie Guy”) gave me some homework a few weeks ago to check out a show called Taboo, starring Tom Hardy. I did, and I loved it (in fact, I should probably do a review for that one too!). After watching the first season of FRONTIER, I get a ton of Taboo vibes.

We all know that Jason Momoa plays the aggressive macho dude role really well (if you haven’t seen him on Game of Thrones as Khal Drogo, do yourself a favor and fix that!), but it kinda sucks that he’s typecasted into these roles. He’ll also be stepping into the water shoes of Aquaman, set to be released in 2018. With that being said, he plays the lead role of Declan Harp really well on FRONTIER. He’s determined to make heads roll, but still conjures up some sympathy from the viewers, which is what I like in a show.

The supporting cast is also great and full of lovely accents! You get some Native American, some Scottish and some of my own peeps, the Irish! There is a ton of cursing, some suggestive language, drinking and debauchery for those of you (like me) who enjoy a good F-bomb lol.

In comparison to Taboo, the quality is a little lacking. The throat-slitting happens way too easily, the stabbings barely produce any blood and sometimes the scenes in the tavern actually sound like a soundstage, but the show is still a great watch. I went into it with Taboo as a comparison, so if you haven’t seen Taboo, you might actually really like this one. I’ve seen both and enjoyed them regardless of production quality. With the first season being only 6 episodes, I’d say check it out. See what you think!

The show originally aired on Discovery Canada, but you can catch the first season on Netflix now. According to IndieWire, the show has already been renewed for a second season, so keep your eyes open for that as well.

Check out the trailer below, and then watch the darn show! Let me know what you think!