Comedian Felipe Esparza talks with Jesus Figueroa, @Thisfunktional of Thisfunktional.com, about his upcoming HBO special “Translate This,” airing on Sept. 30.

Esparza talks about wanting his comedy to be timeless, growing as a comedian and how he and his wife, Lisa Esparza, were very hands on with with producing the comedy special. 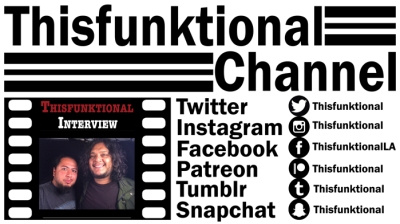