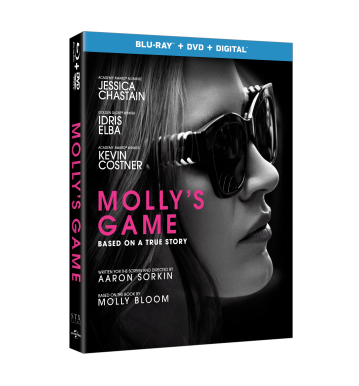 From Aaron Sorkin, the mind behind The Social Network, Moneyball, and The West Wing, comes the astounding true story of 26-year-old Molly Bloom, who through sheer nerve, wits, and acumen builds an empire and takes over the ultimate boys club: exclusive high-stakes poker in Molly’s Game, arriving on Digital March 27, 2018 and on Blu-rayTM, DVD, and On Demand April 10, 2018 from STXfilms and Universal Pictures Home Entertainment. Nominated for an Academy Award® for Best Adapted Screenplay, this sensational film is “one of the most radically entertaining things Aaron Sorkin has ever written” (David Ehrlich, Indiewire) and “Unendingly satisfying” (Richard Lawson, Vanity Fair).  Molly’s Game on Blu-rayTM, DVD and Digital comes with special bonus content that takes viewers deeper into the life of Molly Bloom and the making of the film.

Written and directed by Academy Award® winner Aaron Sorkin, Molly’s Game is based on the true story of Molly Bloom, an Olympic-class skier who ran the world’s most exclusive high-stakes poker game for a decade before becoming a target of the FBI. Her players included Hollywood royalty, sports stars, business titans and, unbeknownst to her, the Russian mob. Her only ally was criminal defense lawyer Charlie Jaffey (Idris Elba), who learned that there was much more to Molly than the tabloids led us to believe.

BONUS FEATURE on BLU-RAYTM and DVD

Check out these simple instructions to make an astronaut papier mâché helmet like the one the main character wears in the movie “Wonder.”

Making this astronaut paper mâché helmet is a fun activity to do with the kids.

Spend some time with some of the young ones in your life as you create something fun. 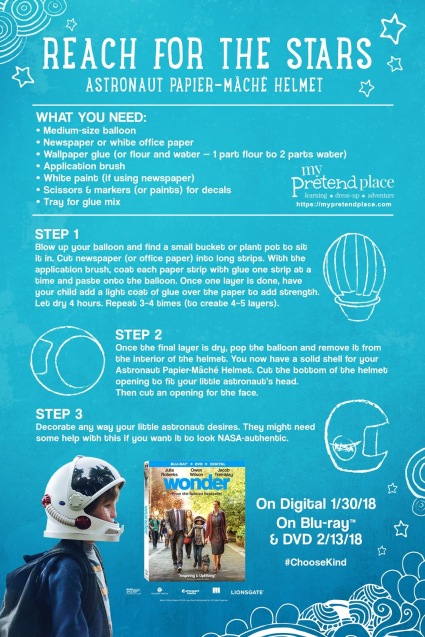 “Wonder” follows the inspiring story of the Pullman family, whose youngest child, Auggie, is a boy born with facial differences. When Auggie enters mainstream elementary school for the first time, his extraordinary journey unites his family, his school, and his community, and proves that you can’t blend in when you were born to stand out.

The 4K Ultra HD and Blu-ray versions feature Dolby TrueHD, which provides the most authentic lossless audio experience available for the home theater.

Together Dolby Vision and Dolby TrueHD allow consumers to experience both cutting-edge imaging and lossless audio sound technology for an immersive entertainment experience.

Check out the synopsis and trailer for LA BODA DE VALENTINA, which is set for release in theaters on February 9th.

Also, check back in because Jesus got a chance to speak with Ryan Carnes and will be posting the interview soon!

SYNOPSIS: Valentina seems to have the perfect life in New York, with a perfect job and a perfect boyfriend, Jason Tate—far, far away from her scandalous political family in Mexico. When Jason proposes to her and wants to go to home to meet the family she has been keeping a secret, her two worlds clash. Adding to the hilarious chaos, her family brings her ex, Angel, into the picture and convinces Valentina to go along with a sham marriage to him in an effort to stop further negative press as her father runs for re-election. In the end, Valentina must choose where her heart belongs. 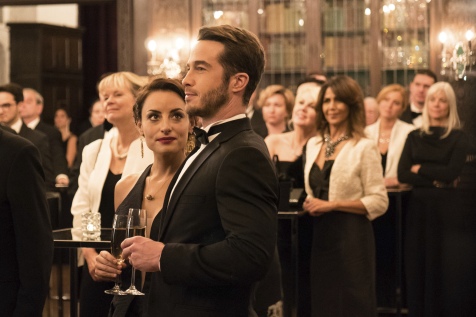 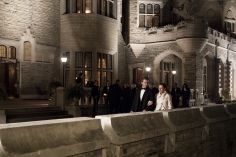 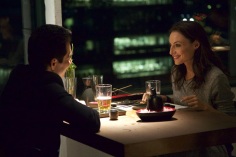 Actor Tobin Bell talks with Jesus Figueroa, @Thisfunktional of Thisfunktional.com, about continuing on with “Jigsaw.”

Bell talks about having gotten the opportunity to build a character throughout 8 movies, creating the voice of Jigsaw and how incredible the horror fans are.

Egan talks about being a big fan of the “Saw’ franchise, re-watching all 8 movies and picking his favorites scenes and locations from the movies to design for fans to enjoy and the surprise that came from making something better than what was in the design.

Genre-blending Manchester collective Y.O.U.N.G have today released their new single ‘Lazy’. The youthful five-piece kick back in the new single with chilled hip-hop beats and mellow reggae guitars alongside a bleary-eyed flow, rising into an infectious chorus – all combining to create an anthem for lazy people across the world.

‘Lazy’ follows the release of ‘Exposure’ in late 2017, which has had over 200,000 combined views on YouTube whilst its remixes entered the Music Week Club Chart Top 10.

Rapper Ben James said of the track, “Our whole lives people have been calling us lazy. The track plays on the idea of what we would do every day if we were as lazy as people said. It’s true everybody has lazy days, we are no exception, but overall the aim of ‘Lazy’ is to mock the idea that all we do is nothing.

“The chorus is written from the point of view of the patronising adult, whilst the rap verse gives a first hand view of what a lazy day would consist of. Even though the song is a mockery, we can’t deny that brews, candles and chilling are genuine passions of ours! Dressing gowns make an appearance in the live show, bringing the laid back bedroom vibes to the stage and adding to the tongue in cheek nature of the tune.”

Y.O.U.N.G will be playing their first ever UK headline tour in association with Live Nation through February and March. The band will play five-dates calling at Glasgow, Birmingham, Newcastle, London and Manchester. Tickets are on sale now via TicketWeb. 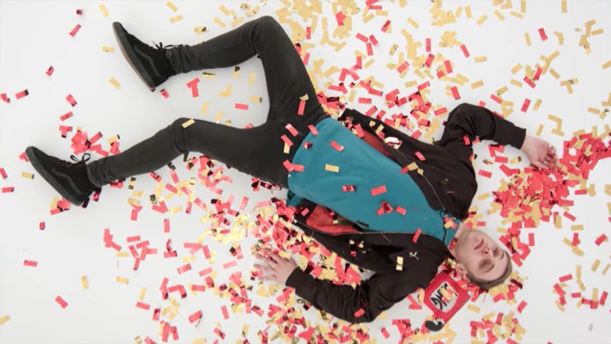 Fast-rising songwriter and producer FØNX has revealed the video for new single ‘Don’t Feel Like Lovin’, his latest offering of infectious, soul-infused pop.

Dancing through multiple arcade game screens, FØNX takes us on a journey through cartoon clouds and bright colours, into his own video game and back again. An inspired mix of jazzy guitar and upbeat electronica create the song’s irresistible hook, while its soulful bridge, featuring FØNX singing tenderly into the camera, hints at its more touching nature.

FØNX explains, “This video for me represents a journey of finding love to losing love and finding yourself as an independent person again. I’ve always had this battle with balancing my love for music and relationships and finding time for both. This inspired the visual concept for the arcade machine game that I animated…as Amy Winehouse once said ‘Love Is A Losing Game’.”

‘Don’t Feel Like Lovin’ is the latest track produced with Grammy Award winner Tommaso Colliva (Muse, Damon Albarn). It follows the previously released ‘Can’t Get Enough’, which went Top 10 in the Club Charts at the tail end of 2017.

FØNX first picked up a guitar at the age of seven and draws his influence from the likes of John Mayer, Pharrell Williams, D’Angelo, Childish Gambino and Tom Misch. He later moved into experimenting with lyric writing and samples and after graduating from Brit School, he continued honing his skills writing and producing music wherever he was able and playing the live circuit around London and the South East as well as festivals such as Barn on The Farm, Cornbury Festival, Isle Of Wight Festival and Leefest.

FØNX is a refreshing and unique artist for 2018. He will be continuing to play across the country and is heading back to the studio to record brand new music.

“FØNX has always been a deeply independent artist. Largely self-taught, his work nestles between the margins of R&B and pop, hip-hop and electro, all while treading its own path.” Clash Magazine

New giveaway has been posted on According to Kristin (link in bio)! Head over to the blog to find details on how to enter 1 of 3 copies! . . . #knivesout #danielcraig #chrisevans #anadearmas #jamieleecurtis #michaelshannon #donjohnson #tonicollette #lakeithstanfield #katherinelangford #christopherplummer #giveaway #contest #blog #blogger #blogging
Visit According to Kristin (link in bio) for details on how to enter 1 of 3 copies of MIDWAY! Hurry though, giveaway ends Monday, February 24! . . . #midwaymovie #midway #movie #movies #giveaway #contest #edskrein #patrickwilson #lukeevans #aaroneckhart #nickjonas #darrencriss #mandymoore #dennisquaid #woodyharrelson #rolandemmerich #blog #blogger #blogging
SPIES IN DISGUISE will be available on Digital, Blu-ray & 4K Ultra HD on March 10! For more details on the release, visit According to Kristin (link in bio) now! . . . #spiesindisguise #willsmith #tomholland #movie #movies #family #familymovienight #familymovie #blog #blogger #blogging
Check out the trailer for BURDEN - starring Garrett Hedlund, Forest Whitaker, Tom Wilkinson, Andrea Riseborough, Tess Harper, Crystal Fox & Usher - by clicking the link in my bio! . . . #burden #movie #movies #garretthedlund #forestwhitaker #tomwilkinson #andreariseborough #tessharper #crystalfox #usher #blog #blogger #blogging
Check out the trailer for MINIONS: THE RISE OF GRU on According to Kristin (link in bio) now! . . . #minions #movie #movies #stevecarell #tarajiphenson #michelleyeoh #rza #jeanclaudevandamme #lucylawless #dolphlundgren #dannytrejo #russellbrand #julieandrews #alanarkin #kylebalda #bradableson #jonathandelval
Ooooooh so excited to see this! Came home to find a little package at my door today. Woot woot! . MIDWAY is available now on Digital and on 4K, Blu-ray & DVD tomorrow!! . . . #midwaymovie #movie #movies #edskrein #patrickwilson #lukeevans #aaroneckhart #nickjonas #mandymoore #dennisquaid #woodyharrelson #rolandemerich #battleofmidway #blog #blogger #blogging
This is awesome!! @ludacris paid a visit to my alma mater to gift $75k in music instruments! Which is fitting because our band was always awesome. 🤍🔸🔹🤍 . . . #ludacris #hml #hialeahmiamilakes #highschool #music #band
I’m in shock. RIP to one of the greatest. #kobebryant #ripkobe
New giveaway is up on the blog (link in bio)! I have 3 copies of THE ADDAMS FAMILY up for grabs, so head over & check out the details on how to enter! . . . #meettheaddams #theaddamsfamily #addamsfamily #movie #movies #giveaway #contest #family #familymovienight #oscarisaac #charlizetheron #chloegracemoretz #finnwolfhard #nickkroll #snoopdogg #bettemidler #allisonjanney #blog #blogger #blogging
Thank you, South Florida, for participating in winter this year! Even if it IS just for one day. Work should be cancelled so I could stay home and enjoy it!