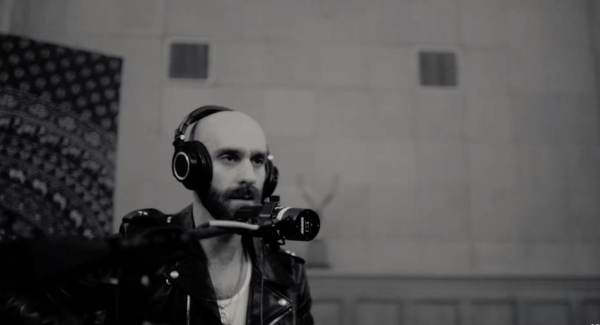 RELEASE ACOUSTIC VERSION OF ‘AHEAD OF MYSELF’
WATCH HERE

Multi-platinum selling X Ambassadors have released a stunning stripped-back version of their single ‘Ahead Of Myself’.

This flawless rendition comes before the band kickstart their European headline tour tonight with a show at a near sold-out (1700 capacity) Brixton Electric. This is their first visit back to the UK since their sold-out show at London’s ULU in August and appearances at Reading and Leeds Festival last year.

The band, who are best known for their smash hits ‘Renegades’, ‘Unsteady’, and their recent collaboration with Machine Gun Kelly and Bebe Rexha on the chart single ‘Home’, are set to release Joyful, the follow-up to their 2015 gold certified breakthrough album VHS, via Kidinakorner/Interscope Records this Spring.

As well as ‘Ahead Of Myself’, the trio have shared from the album the soulful title-track ‘Joyful’ and the latest single ‘Don’t Stay’. All three tracks come with videos that were filmed live, capturing the incredible vocals of frontman Sam Harris and the precise playing of band members Casey Harris (keys) and Adam Levin (drummer).

Having emerged out as one of the hottest upcoming bands in 2016, breaking into the UK Top 40, collaborating with top names artists such as Eminem, Tom Morello and Imagine Dragons and accumulating multi-platinum sales, X Ambassadors continue spreading joy through their soulful, alternative music and remain one of the most successful, yet under the radar US bands around.