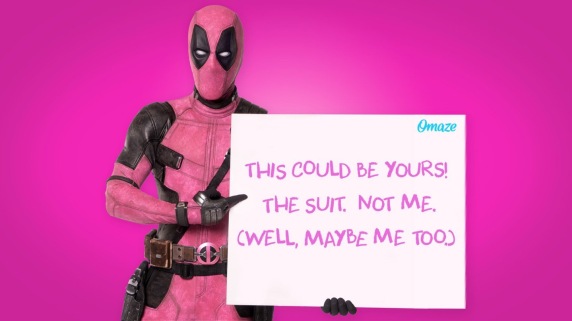 Donate to @letsfcancer & this suit could be YOURS.

20th Century Fox and DEADPOOL have announced a new epic partnership with the fundraising platform Omaze in support of Fuck Cancer!

Announced during tonight’s FX premiere of the original DEADPOOL, the partnership provides fans the chance to receive an exclusive, custom-made pink Deadpool suit. A cause close to the Merc’s heart, proceeds will benefit the work of Fuck Cancer, the nonprofit dedicated to cancer prevention, early detection and providing support to those affected.

Check out Deadpool in the video below as he shares this one of a kind campaign with fans, who can enter to win for just $10!