SYNOPSIS: A wealthy London man’s life is turned upside down when he is paralyzed in a car accident. When a young woman from a small town is hired to be his caregiver, the two form an unlikely bond.

Anyone who has seen the trailer for ‘Me Before You’ knows they’ll need tissues when they actually see the movie.  If you think you’re the exception…think again!  Emilia Clarke (Game of Thrones) and Sam Claflin (The Hunger Games) shine in this beautifully tragic love story from beginning to end.  Emilia’s character, Lou, is a quirky, chatty, happy-go-lucky young woman who is searching for a job to help support her family.  Sam’s character, Will, is quite the opposite.  He’s a wealthy, adventurous young businessman who becomes quadriplegic after a tragic accident.  With the help of Nathan, Will’s nurse, and Will’s parents, Lou tries to make Will feel alive again.  The story is beautiful and has so much potential, but I wish there was a bit more.  It starts off a bit slow (not complaining because the content was good) but at some point it just began to feel rushed as far as their relationship goes.  I’m sure the novel fills in those gaps but, in any case, the pacing of the story doesn’t ruin the heartfelt moments in the latter part of the movie.  It also doesn’t discredit the wonderful acting, writing and directing involved with this film.  Claflin and Clarke have great chemistry together!  The pacing issue, in my opinion, happens sometimes when they make films based on novels.  It’s impossible to fit everything in.  Either way,  I would definitely recommend it to anyone who enjoys a good love story! 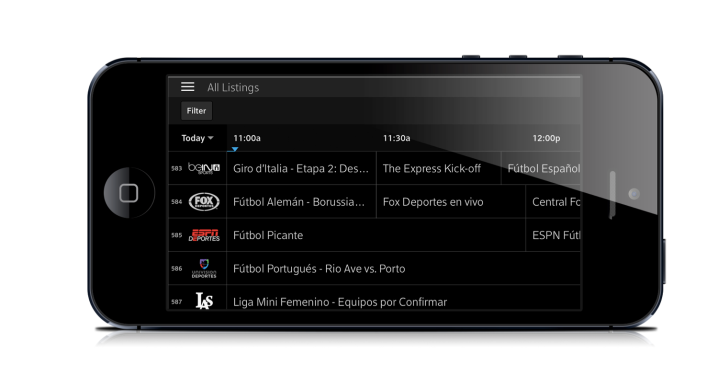 The X1 platform continues to revolutionize the sports and entertainment viewing experience.  And on June 2, the second annual Xfinity Summer of Soccer kicks off and will feature the two best international soccer tournaments of 2016 – Copa America Centenario and the UEFA EURO 2016.

X1 customers will have the best seat in the house with the new and exciting features that will forever change the way that people watch sports:

All summer long, the Xfinity Latino Entertainment Channel (XLEC) will offer special Summer of Soccer programming and up-to-the-minute updates, while the Xfinity Latino microsite (www.xfinity.com/latino) will feature daily blogs and a special guide to Comcast’s soccer offerings in addition to links to all matches (In English and Spanish).


The Summer of Soccer brings a viewing experience that only Xfinity X1 can provide.