Here’s the scoop, Butterbeer™ ice cream is now being served at “The Wizarding World of Harry Potter™” at Universal Studios Hollywood™, arrivingjust in time for summer.

The rich palate-pleasing Butterbeer-flavoured hard pack ice cream is a delightful anddelicious new addition to the menu of Butterbeer items currently available, including such Butterbeer favorites as traditional, frozen and hot beverages, as well as Butterbeer Potted Cream and Butterbeer Fudge.

Reminiscent of butterscotch and shortbread, Butterbeer ice cream is perfectly fine-tuned as a cool Hogsmeade treat and will be served at various carts located within Hogsmeade and at Three Broomsticks™.

Inspired by J.K. Rowling’s compelling stories and characters that were brought to life in the Warner Bros. films, “The Wizarding World of Harry Potter” at Universal Studios Hollywood is a masterful recreation, faithful to the visual landscape of the fiction and films, including as its iconic focal point, Hogwarts castle.

From its snow-capped roofs and cobblestone streets to the historic British sensibilities that characterize the whimsical look and feel of the land, “The Wizarding World of Harry Potter” transports guests of all ages to the very places they watched on the silver screen.

The architecturally stunning land also includes the captivating and highly acclaimed “Harry Potter and the Forbidden Journey” thrill ride, enhanced with 4K-HD and ride film projecting at an astounding rate of 120 frames-per-second for an even more immersive glimpse into Harry Potter’s world, as well as “Flight of the Hippogriff™,” Universal Studios Hollywood’s first outdoor family coaster.

“The Wizarding World of Harry Potter” resonates with immense detail, inviting guests to enjoy authentic food and beverages at multiple locations, including Three Broomsticks and Hog’s Head pub, as well as the Magic Neep and Butterbeer carts.

A foray through the shops adds to the authenticity of the land with such retail venues as Honeydukes™, Ollivanders™, Owl Post™, Zonko’s™ Joke Shop, Wiseacre’s Wizarding Equipment, Dervish and Banges™, Gladrags Wizardwear, Filch’s Emporium™ of Confiscated Goods and the Hogsmeade™ Station.

About Warner Bros. Entertainment:
Warner Bros. Entertainment is a global leader in all forms of entertainment and their related businesses across all current and emerging media and platforms. A Time Warner Company, the fully integrated, broad-based studio is home to one of the most successful collections of brands in the world and stands at the forefront of every aspect of the entertainment industry from feature film, television and home entertainment production and worldwide distribution to DVD, digital distribution, animation, comic books, video games, product, and brand licensing, international cinemas and broadcasting.

Anastasia Reptar, @AnastasiaReptar, and Jesus Figueroa, @Thisfunktional, at the The Nighttime Lights at Hogwarts return to the Wizarding World of Harry Potter at Universal Studios Hollywood from now until August 19 and Sept. 1 – 3.

The light show is a great way to end an exciting trip to Universal Studios or after a nice dinner at the Wizarding World’s Three Broomsticks restaurant. 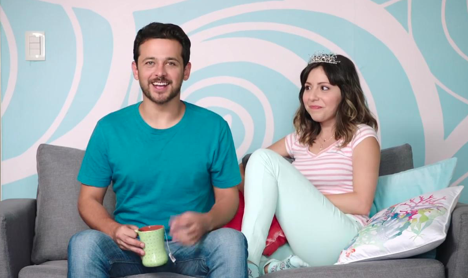 Bovio’s first major leading role in a feature film that is released worldwide through the streaming service PANTAYA led her to be part of a romantic comedy which she was honored to be a part of.

The project was so thrilling, Bovio said, as she has never been married, but it was fun to explore extreme situations which could be stressful for a bride but funny to an audience.

Bovio’s character Maria has the opportunity to have two weddings, one that will please her family and her dream wedding as well and not let her parents know of the second wedding.

As Maria goes through the chaotic day of having two weddings and getting her dream wedding, because she’s had everything catered to her by her fiancé, the stress gets to her.

Bovio felt it was fun to part of a comedy that was very grounded in the Mexican culture, but still keeping universal themes.

Although all Mexicans can relate to the way the wedding is celebrated, much of the comedy comes from instances that can happen at any wedding.

Bovio isn’t married, but was thrilled to get to play the part of a bride and wear the dress. She enjoyed getting to go through the traditional wedding without the stress of a real wedding.

Since it was a romantic comedy, Bovio said that there is many hilarious parts and still some drama which is expected, especially when two weddings are involved.

PANTAYA allows a wide audience to be able to watch “Hasta Que La Boda Nos Separe” much like Netflix, but centers around promoting projects from Mexico that wouldn’t have major distribution other wise.

Bovio is honored to have PANTAYA distribute the project so more people can get exposed to the talents of new actors from Latin America. More than 2 million people have watched “Hasta Que La Boda Nos Separe” in Mexico and now there’s an opportunity for a wider audience to watch it as well.

The hunt has evolved.

20th Century Fox has released a new red band trailer and the official poster for THE PREDATOR.

SYNOPSIS: From the outer reaches of space to the small-town streets of suburbia, the hunt comes home in Shane Black’s explosive reinvention of the Predator series. Now, the universe’s most lethal hunters are stronger, smarter and deadlier than ever before, having genetically upgraded themselves with DNA from other species. When a young boy accidentally triggers their return to Earth, only a ragtag crew of ex-soldiers and a disgruntled science teacher can prevent the end of the human race.

THE PREDATOR arrives in theaters on September 14, 2018!

I stayed up late last night to watch a romantic comedy that was recommended to me by Netflix and I have to say . . . I don’t regret it one bit. It’s honestly the rom-com we didn’t know we needed!

SYNOPSIS: Two young assistants in New York City realize they can make their lives easier by setting up their workaholics bosses to date. While trying to perpetuate this romantic ruse between their nightmare bosses, the assistants realize they might be right for each other.

I’ve gotten to a point where I kind of go into these movies with the expectation that I’m probably going to be let down by something in the end, so I was pleasantly surprised that there wasn’t a weak link in the film at all. Between the hilarious banter between Harper (Zoey Deutch) and Charlie (Glen Powell), the out-of-control behavior by Rick (Taye Diggs) and Kirsten (Lucy Liu) and the likable sidekick friends of Harper and Charlie . . . there was a perfect balance of funny and friendship and romance. Not to mention it made me want to pack my bags and move to NYC immediately.

I highly recommend checking this out when you have almost 2 hours of free time to spare. It’s an extremely likable film with a great cast that really blends the romance and comedy genre perfectly.

Fresh from providing vocals on Alan Walker’s huge hits ‘Faded’ and ‘Sing Me To Sleep’, Iselin returns with her debut solo release, ‘Bathtub’. Conceived after an emotionally tumultuous period in her life, the track is a call to take care of yourself.

A minimalistic pop gem, the track is an undulating voyage of glistening vocals and subtle production, with captivating melodies and an infectious chorus.

“I’d done the singer-songwriter thing for a while and all of my friends started to get educations and stuff, and I kind of got insecure about music for the first time… whether I should do it or not… it all got a bit too much”, says Iselin Solheim. “I felt a bit stressed a while ago, and at the time I was supposed to have many sessions in Stockholm. After one of my sessions I retreated to my hotel bathtub to unwind, and was inspired to write the track.”

Taking her inspiration back to the studio the next day, she found a musical affinity with the idea of taking a moment to find some serenity in each day. “I have to remind myself sometimes that I can just take away all the negative thoughts and just focus on good stuff… just find those moments”, says Iselin.

The sentiment transcended the song, forming her own personal therapy and helping to overcome the stress she had been suffering with, and is one that she hopes will connect with her audience.

Returning with this new single, and a wealth of material to follow, it’s clear that Iselin is ready to secure her place as a powerful new musical force.

Find your voice, change the world. 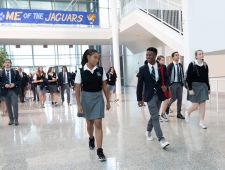 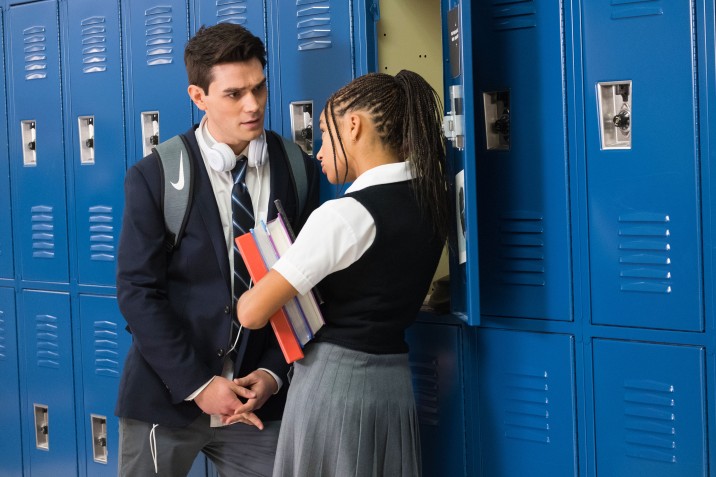 SYNOPSIS: Starr Carter is constantly switching between two worlds: the poor, mostly black, neighborhood where she lives and the rich, mostly white, prep school she attends. The uneasy balance between these worlds is shattered when Starr witnesses the fatal shooting of her childhood best friend Khalil at the hands of a police officer.  Now, facing pressures from all sides of the community, Starr must find her voice and stand up for what’s right. THE HATE U GIVE is based on the critically acclaimed New York Times bestseller by Angie Thomas and stars Amandla Stenberg as Starr, with Regina Hall, Russell Hornsby, Issa Rae, KJ Apa, Algee Smith, Sabrina Carpenter, Common and Anthony Mackie.

THE HATE U GIVE Official Channels: