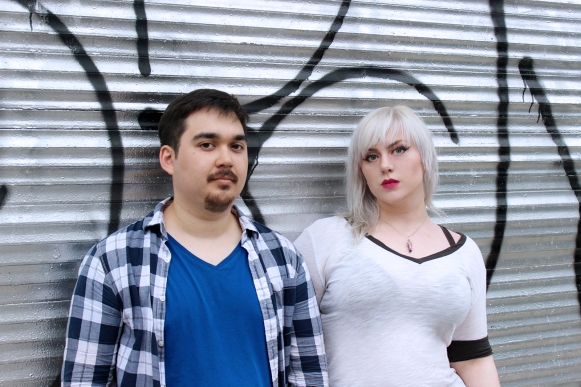 Although just their debut single, Toronto alternative pop/band Like Satellites show both experience and maturity on “Muscle Memory,” out NOW. A product of over two years of doing underground work, including extensive practicing, lineup changes, and writing/recording new tracks, Like Satellites, featuring lead vocalist Leah Gillespie, are characterized by their commanding melodies. “Muscle Memory,” a track inspired by a turbulent relationship, plays with feelings of teenage-esque angst, while simultaneously weaving in ambient synths, pop structures, and a slew of alternative influences, including some of Gillespie’s classic female-empowered favorites, Hey Monday, We Are The In Crowd, and Paramore. To promote the single release, Like Satellites released an accompanying lyric video, which can be viewed here. About “Muscle Memory,” the band states:

“Muscle Memory” was a song that came out of a breakup with a former band I (Leah Gillespie) was in so it’s pretty angry. It was pretty messy, and people I thought were my best friends were telling me that I was nothing without them. When I sat down to write I was bitter, angry, but mostly defiant. I love that this is the song we’re releasing first because of that. Getting all those feelings out there, and having other people love it too is like being vindicated in my belief that what we’re doing is enough.”

Like Satellites is a Toronto based alternative pop/rock band anchored by singer Leah Gillespie, and bassist Logan Arsenault. After two years of practicing, writing, and reworking their lineup they are finally releasing their much anticipated single Muscle Memory produced by Sam Guaiana (Like Pacific, Rarity, Carried Away, We Were Sharks) and mastered by Andy Krehm. They are currently playing with Ryan Goodman on guitar, and Alex Bullen on drums. With shows planned across the Toronto area, and an EP planned for this Winter, Like Satellites is poised to explode onto the music scene. From their inception in 2016, Like Satellites has been the love-child of singer/songwriter Leah Gillespie (also known as Leahishazy). With a penchant for soaring melodies and punchy lyrics, she has been a slow-burner in the local music scene. With influences ranging from We are the In Crowd, All Time Low, The 1975, and Lights to Brand New, Taking Back Sunday, Something Corporate, and Bring Me The Horizon, Like Satellites has a fresh sound that still hints at summers at Warped Tour and teenage angst. They blend their collective experience in bands to create the right balance of maturity and melodrama, and through everything one thing has remained stable: this band’s drive to release music that people want to listen to with the windows down and the volume turned way up. “Muscle Memory” is available NOW.