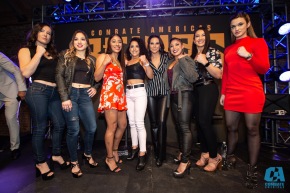 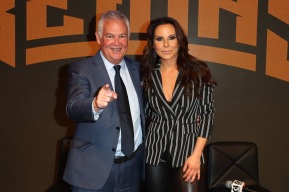 Del Castillo will chair the advisory board, continue the company’s commitment to female
empowerment and take on an active leadership role in growing the global MMA sports
entertainment brand.

“Kate embodies the fierceness, tenacity and passion that defines the Combate Americas brand and its fighters.” says Campbell McLaren, CEO and Founder of Combate Americas. “Kate is now an equity partner and will take on a leadership role in the company and chairs our advisory board, joining our other prestigious investors including Chairman Joe Plumeri, Ambassador Cliff Sobel and John Howard,” he added.

Del Castillo said she was most drawn to Combate Americas’ embracement and development of Hispanic athletes, the tremendous opportunities it affords female fighters, its global media platform and its potential for the franchise to become the number two sport for Hispanic sports fans worldwide, after soccer.

“I am thrilled to join Campbell and the talented leadership team at Combate and will be relentless in helping Combate Americas reach its full potential as the second most popular sport.”

Del Castillo’s most immediate point of focus as an owner will be the upcoming ‘Combate de Reinas’ live television event at Galen Center in Los Angeles on Friday, April 26.

A watershed moment, the event will mark the first time in history that a combat sports event will feature an all-women’s lineup on broadcast television.

“’Combate del Reinas’ is a significant feat for women in sports,” said Del Castillo, “and is a clear testimony to the Company’s commitment to female empowerment which I am excited to champion!”

Combate Americas CEO Campbell McLaren, also the co-founder/co-creator of the Ultimate Fighting Championship (UFC), has been described by New York Magazine as “the marketing genius behind the UFC,” while Yahoo Sports has said he “knows more about the sport than just about anyone in it today.” With an unprecedented and cutting-edge product and a blue-chip ownership and management team, Combate Americas is poised to break new ground and bring about a new era in world championship level MMA competition.

All 10 Episodes of the Second Groundbreaking Season from Showrunner Tanya Saracho Will Be Made Available on the STARZ App, STARZ On-Demand and STARZPLAY 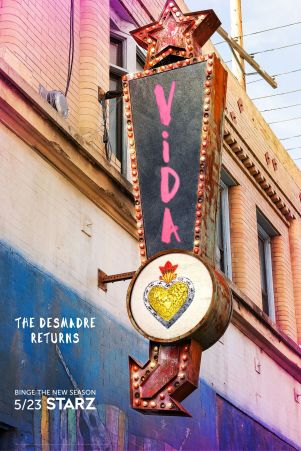 Starz, a Lionsgate company (NYSE: LGF.A, LGF.B), announced the second season of the trailblazing series VIDA will premiere on Thursday, May 23, 2019. All 10 half-hour episodes will be made available on the STARZ app and STARZ On-Demand in the U.S. and Canada and on STARZPLAY in the U.K. and Germany.

In addition to its full season release on the STARZ app, STARZ On-Demand and STARZPLAY, VIDA will air its linear premiere on STARZ on Sunday, May 26 at 8 p.m. ET/PT, airing each episode week-to-week.

“Certified Fresh” on Rotten Tomatoes with a perfect score of 100% and Audience Award-winner at the 2018 SXSW Film Festival, VIDA is created and executive produced by Tanya Saracho; Big Beach TV’s Robin Schwartz, Peter Saraf and Marc Turtletaub; and Stephanie Langhoff (“Togetherness,” The Bronze, The Skeleton Twins). In addition, VIDA Season Two will make its world premiere as an Official Selection of the 2019 Tribeca Film Festival.

SYNOPSIS: Estranged sisters Emma (Mishel Prada), a successful lawyer in Chicago, always pragmatic and career focused, and Lyn (Melissa Barrera), a flaky Yoga loving Vegan relying on her looks and other people’s money to get by, return home to their historically Mexican neighborhood in the Eastside of Los Angeles when their mother suddenly dies.

Discovering a surprising truth about their mother’s identity, Lyn and Emma, who have clashing coping skills, confront their loss, relationship, old neighborhood friends and the mismanagement of the family business, unspooling old childhood traumas and hard truths.

VIDA is a never-before-seen contemporary portal into a multi-generational Latinx neighborhood exploring complex narratives and an intersecting range of issues including sexual, cultural and spiritual identity, class and race, all under the gaze of fast changes and growing conflicts with gentrification.

In Season 1, the girls learned the truth. In the second season, they face reality as  Lyn and Emma begin the monumental task of rebuilding their mother’s business while navigating financial constraints, competing developers, and the growing anti-gentrification movement. Lyn and Emma must contemplate the relationships in their lives, including their own, and are forced to dig deep to unearth what their mother’s legacy means to them.

Hispanic-household viewing of VIDA has nearly tripled since its premiere on Sunday, May 6, 2018, growing by 171% to earn the series the largest Hispanic audience composition for premium series in 2018.* Additionally, on the STARZ app, the series audience grew by more than 60% from the season premiere to the finale.**

Production on the second season wrapped November 2018 in Los Angeles.