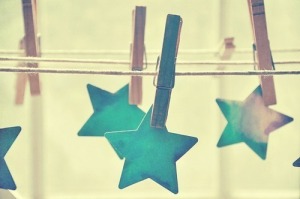 Day 12 of my favorite things is being dedicated to one of the most visited sites in my search history.

A few years ago, I met a girl named Keisha at a Florida Marlins fan event, and we became really good friends.  We found out that we had more in common than a love for baseball and ended up going to a fan convention for one of our favorite TV shows…The Vampire Diaries.  While there, she introduced me to one of her awesome friends, Raechel, who obviously also loves the show.

About a year ago, I noticed that they were doing on air reviews for popular TV shows on a website called Variety Radio Online, so I asked how they got involved. They introduced me to Amy, who runs the site and that was it! Keisha, Rachel & I now do On Air reviews together for The Vampire Diaries and The Originals ( I also write blogs for those shows), and we each also do other show reviews.

In the year that I’ve been involved with the site, I can’t say I’ve met anyone else in person YET, but I’ve been accepted into this incredible little family and I love it.  Everyone is so helpful and we’ve all become fast friends. I’ve learned so much, and I’m gaining so much experience in the field I’m going to school for. It’s a win/win!

Enough of my rambling! What are you still reading this for?? Go check out Variety Radio Online and their social media sites (links below) and I know you’ll love it as much as I do. Chances are, some of us are reviewing your favorite shows! So go love it and share with the your friends and fellow TV lovers!

For Day 11 of my favorite things, I’m going with TV shows.

Yes, when we were younger we all heard that too much television rots your brain, but I’m a firm believer that it can stimulate your mind as well!  I mean, when you watch mysteries/thrillers, don’t you find yourself THINKING about what might happen next?  When you watch comedies, don’t you laugh out loud?  Laughing is healthy!

True, I might just be trying to justify the fact that I watch A LOT of TV, especially since I do reviews for certain shows.  But I genuinely find it exciting to transport myself into another world for an hour.  It’s sort of like acting.  As someone who is passionate about writing, I watch my favorite shows and wonder what it might’ve been like in the writer’s room coming up with ideas and character plot lines.

Call me a nerd if you want to, but I look at it as creative energy needing to be released! 🙂

So, here is a list of my favorite TV shows (past and present) in no particular order:

Orange is the New Black

Don’t forget…at Variety Radio Online, we review a wide variety of TV shows in blog and podcast form. So check out the site and get your binge on!  😉

The day has finally arrived!! Season 5 of Game of Thrones premieres tonight, April 12th at 9/8c on HBO.

Here is a summary I found online of where we left the major characters:

Derided as “the imp” and the perennial underdog, Tyrion was on death row for the murder of evil King Joffrey. He was let out of jail by his big brother Jaime Lannister but instead of immediately escaping, Tyron strangled his girlfriend and killed his father Lord Tywin Lannister. Tyrion made his get away with the assistance of Varys, a eunuch, who parcelled him in a small box, to be shipped to Pentos. His destiny will be of major interest.

The young tough nut has set sail for the city of Braavos after her captor, Sandor Clegane, aka The Hound, appeared to be mortally wounded during a rumble with Brienne of Tarth. Brienne had made a vow to the deceased Catelyn Stark that she would protect Arya but the young Stark took off after the rumble confounding Brienne, and her offsider Podrick. It remains to be seen what became of the Hound.

The Mother of Dragons is overseeing Meereen – home to mercenaries, freed slaves and dragons. However she’s had to chain two of her three fire breathing friends after one of them baked a young child. But the third, largest and most aggressive of the trio, is still on the loose. Rounding that dragon up will no doubt be high on her list of things to do.

Arya’s older sister was married against her will to Tyrion but fled following the murder of King Joffrey. She was spirited away to the conniving Lord Petyr Baelish, aka Little Finger. In the last episode the sultry and demure Sansa had a goth makeover and remains pivotal to the plot. Will she fall under the spell of Littlefinger?

Lord Petyr Baelish bumped off his wife Lysa, who was also Sansa’s aunt. Along with Lady Olenna Tyrell, he was behind the murder of Joffrey. Littlefinger cannot be trusted and murdering anyone in his way is his hobby. Taking Sansa as his next wife looks to be high on his agenda.

This incestuous pair are twin brother and sister by day, reunited lovers by night. They are the biological parents of King Tommen Baratheon. How they react to the death of their father Tywin, who was also the Hand of The King, will be a major turning point. Especially since Jaime let the caged imp out and Cersei wanted him dead. Someone will need to replace Tywin and guide Tommen, who is not old enough to rule in his own right.

The wannabe king turned up at Castle Black at the right time to help Jon Snow and the Night’s Watch bring down the Wildlings. Stannis, who is supported by his priestess Melisandre and his loyal Hand and confidant Ser Davos, borrowed a cart load of money to finance a new army so they can march toward King’s Landing where the Lannisters are based. Stannis is the younger brother of late King Robert Baratheon, who married Cersei, and he claims to be the rightful king because he knows Joffrey was born out of incest.

The bastard child of the House of a Stark and a steward of the Night’s Watch, ended up burying, make that burning, his Wilding love Ygritte. She died after the Wildlings attacked Castle Black which Snow was defending and in danger of losing until Stannis rolled-up.

Snow’s little brother (or who he considers his brother), who is unable to walk and is guarded by Hodor, is now north of the Wall and inside a tree. Apparently he doesn’t appear in season five, although last we saw he was told he would never going to walk again, but fly.

So, whether you’re glued to your television today watching the marathon OR you’re reading this in preparation for tonight’s episode…make sure to tune in and leave your comments about the episode on this post!

Also…a quick heads up…some of us at Variety Radio Online might be doing an on air podcast review of the episodes this season, so check back for the links here at accordingtokristin.com!