I got to see Wonder Woman last night and it’s no surprise that it’s already become one of the highest rated movies put out for DC Comics!

SYNOPSIS: Before she was Wonder Woman she was Diana, princess of the Amazons, trained warrior. When a pilot crashes and tells of conflict in the outside world, she leaves home to fight a war to end all wars, discovering her full powers and true destiny.

In a movie world where male superheroes dominate the big screen, I think Gal Gadot’s portrayal of Wonder Woman has put STRONG, beautiful women on the map!

There is no denying that Diana is a beautiful woman, but she’s so much more than that. She’s compassionate, she’s determined, and she’s a warrior. As I was sitting there watching this movie I thought of my 12-year-old niece and all of the other little girls who might now be able to understand that beautiful and strong can absolutely go hand in hand with one another. 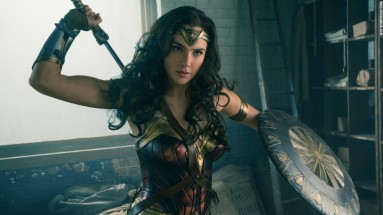 Overall I thought this was a solid release for the DC Universe. There were moments here and there where I felt like they were trying to remind viewers that she was a woman by having her get overly emotional when trying to persuade people to do what she felt was right. I don’t necessarily think that needed to be laid on so thick because it only allows male viewers to say, “Um, but yeah . . . women are all like that.” Being emotional is a way to show compassion, sure, but it was laid on pretty heavily in my opinion. Those moments made me want more of the strong-willed Diana discovering her true powers with no insight from anyone around her. There was some comedy sprinkled in amongst the action and I really think it was a perfect balance. I know some were a bit worried about how Gal Gadot would measure up in this iconic role, but I thought she really pulled it off! Chris Pine and the rest of the supporting cast were great too. 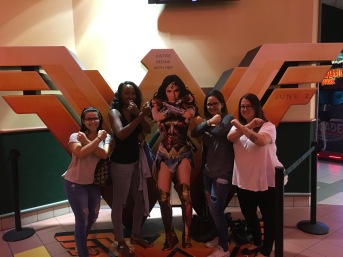 Might I also add that this bad ass, female warrior movie was also directed by a woman! Wonder Woman is a movie that empowers women and young girls, and also proves that women can stack up just fine amongst a world of male superheroes.

With all of that being said, let me say that this movie relied heavily on CGI, but considering the fact that this is based on a comic book character, you kind of have to go into it knowing that a lot of the movie is fantasy-based. Also, my friends and I waited until after the credits and there was no extra snippet at the end . . . just an FYI lol.

So make plans with your girls (and guys) and catch Wonder Woman in theaters June 2nd. If you head out this weekend, let me know what you thought!